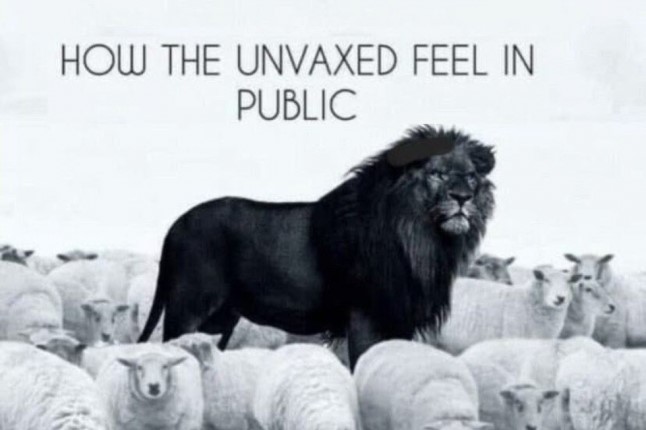 A quarter of Americans indicated that they either are not getting the vaccine for the Chinese coronavirus, or they are not sure, and a majority of those who remain unvaccinated say they will not get the shot, a Yahoo! News/YouGov survey released this week found.

Related: The Supreme Court In The US Has Ruled That The Covid Pathogen Is Not A Vaccine, Is Unsafe, And Must Be Avoided At All Costs-Supreme Court has canceled universal vax

The survey also asked unvaccinated respondents to name the “most important reason” for not getting vaccinated. A plurality, 40 percent, said they “don’t trust the COVID-19 vaccines.” Another ten percent said they already had the virus and are therefore not worried about getting it. Eight percent cited breakthrough cases among the vaccinated, and the same percentage said they are not worried about catching the virus. Five percent cited not having easy access to vaccination.

The survey shows that, over the months, the percentage of Americans who are refusing to get vaccinated has generally remained unchanged, despite the administration’s vaccine blitz.

An Economist/YouGov survey released in August indicated that unvaccinated Americans will not be easily persuaded to get the jab — not by mandates or pleas from elected officials.

A Food Crisis Could Kill Millions of Americans – Are We On The Verge of It?

This is not a vaccine! only DNA interfering preparation

I just went through all of Biden’s EO’s, on the FederalRegister.gov, and there is NOT an EO requiring a vaccine Mandates.

Ziggy are you 100% sure?? If so that would be outstanding!

There is no mandate, it’s just a scare tactic to get the business owners to do the dirty work for the the government. There is nothing in writing about fining businesses that don’t comply etc…
This whole thing is a scare tactic & down the road when lawsuits are filed it will be the business owners who actually committed the illegal act while D.C. gets off. It completely violates the Nuremberg code to actually do what this administration is threatening to do, it’s literally crimes against humanity & death penalty. They will not put pen to paper with that kind of penalty.