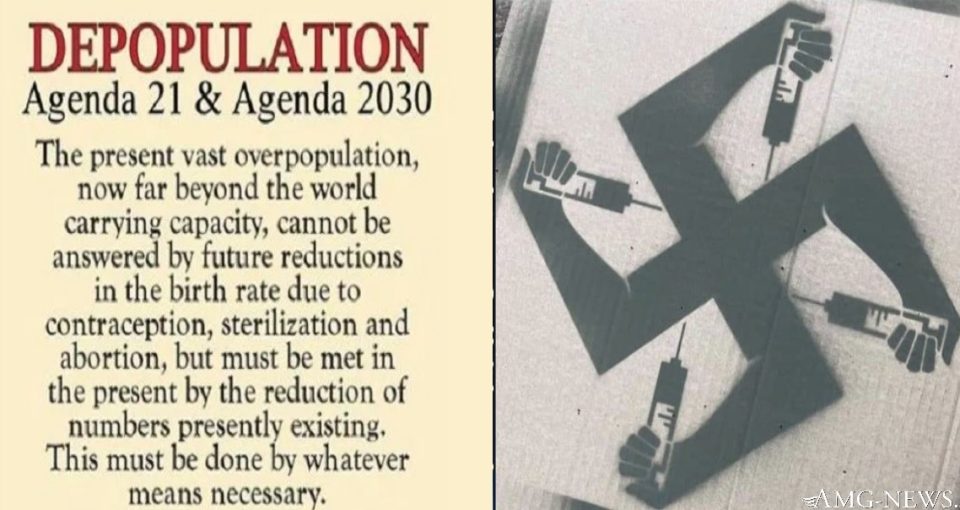 Brief explanation of Agenda 21, which was agreed and signed by 179 nations. Covid-19 was created and released as a means to further this agenda, so pay attention.

The Vaccines are one of the Biggest frauds of modern Medical science.

I’m gonna explain it as easy as possible to try helping you to understand.

If People Would not get sick, PHARMA would not be able to make money.

They make a concoction with different substances, then they use media saying “There’s this new Virus that is really bad getting. Get the vaccine as quick as possible”

They inject people with this shit consisting of Hg,  Aluminium Oxide and aborted fetal cells and everyone is happy.

The aluminium and Hg goes with the blood and accumulate in the brain tissue. For every dose you get a higher and higher concentration of metal in your brain. And this causes dementia/Alzheimer’s over time. (We are run by small electrical currents. Metal divert the currents to other places than intended.
The fetal cells if not being able to be removed with your immune system causes carcinogenic growth.

But plot twist, the vaccine companies owns the system through the vaccination act of 1984? and are free from liability. While the state is supposed to pay for potential damage with your TAXES. IF you can prove that you’re damaged by the vaccine.

► REFERENCE: America Is a Natural Born Healer: The Most Powerful Natural Painkiller That Works Like Morphine That You Can Make at Home 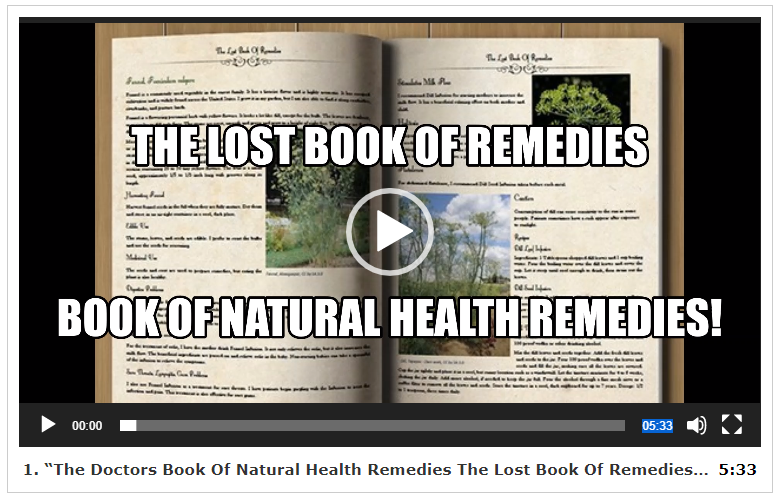 But no vaccine, EVER has been studied over time.

As long as people don’t die within 10 years; the vaccine works.

And when the adverse reactions finally come the doctors who are taught that vaccines work, Will say; “here, take these pills for 200$/box and if it wont get better in a week come back and we’ll try something else”.
The pills will most likely lower the symptoms that you got from the vaccinations. But Will instead give you another adverse reaction, so next time you go to the doctor he’ll say; “try these pills for 250$/box and if it doesn’t get better in a month come back and we’ll do some testing.

After 10 years of experiments you now have 13 different pills that you’re supposed to take every single day to be able to live a “normal” life.
In the US kids get like 20+ vaccine shots prior to the age of 6 years. Are US citizen really that healthy? I’m seriously asking.

The same goes for soda with Aspartam for example.
Aspartam is actually Documented to cause birth defects and genetic damage of fetuses.

And sunscreens, lotions and deodorant is also filled with toxic substances and carcinogens.

It’s easy to google the ingredients and look up all additives.
[They] want to keep you sick.

‘Agenda 21’ has been largely ignored by the press, in an attempt to keep as many people in the dark as possible.

The United Nations ‘Agenda 21’ is officially a ‘comprehensive plan of action to be taken globally, nationally and locally by organizations of the United Nations system, government, and major groups, in every area in which humans have impact on the environment.”

But there are fears for the project that the real aim is to have all the world’s land united under one leader, creating a threat to individual freedom.

They state that they want the world to be largely privately held land for the sake of ‘sustainability’ but this is a thinly veiled attempt at total control.

They also state their desire for ‘population control’, in other words to stifle the population of the world as they see fit, to take away the rights of the individual.

And they called this UN plot: Agenda 21.

The local government implementation of Agenda 21 was prepared by ICLEI for the Earth Council’s Rio+5 Forum (April 13-19, 1997 — Rio de Janeiro, Brazil), for the 5th Session of the UN Commission on Sustainable Development, and for the UN General Assembly’s “Earth Summit+5” Special Session. 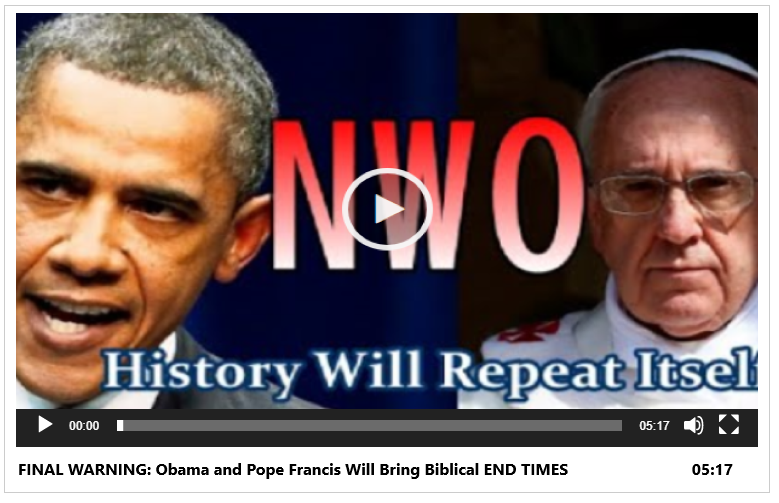 United Nations plot to depopulate 95% of the world by 2030

Agenda 21 was United Nations Department of Economic and Social Affairs, Division for Sustainable Development and was apparently developed as a means of restructuring the world population to lessen environmental impact and achieve an improved quality of life. One of the main ways of achieving this, however, is through encouraged and direct depopulation.

As the UN put it:

“comprehensive plan of action to be taken globally, nationally and locally by organizations of the United Nations system, government, and major groups, in every area in which humans have impact on the environment.” 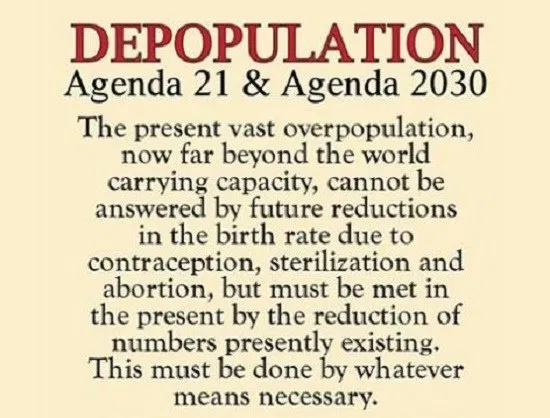 Although the language used in the original 70-page report that the UN published on Agenda 21 is vague and open to interpretation, as well as plausible deniability, the intentions in certain sections are clear. Depopulation to lessen environmental impact and stop overpopulation leading to instability.

While this sounds like a positive thing in some aspects, mere policy changes at governmental level alone cannot create an environment where big enough changes can come about in a short space of time.

To achieve such huge scale depopulation with a relatively short deadline the actions were taken would have to be drastic. Either a world war, global epidemic or some kind of widespread starvation caused by massive crop failures would be the only likely ways of achieving this.

The idea also raises the question of which 5% of the global population would be saved? 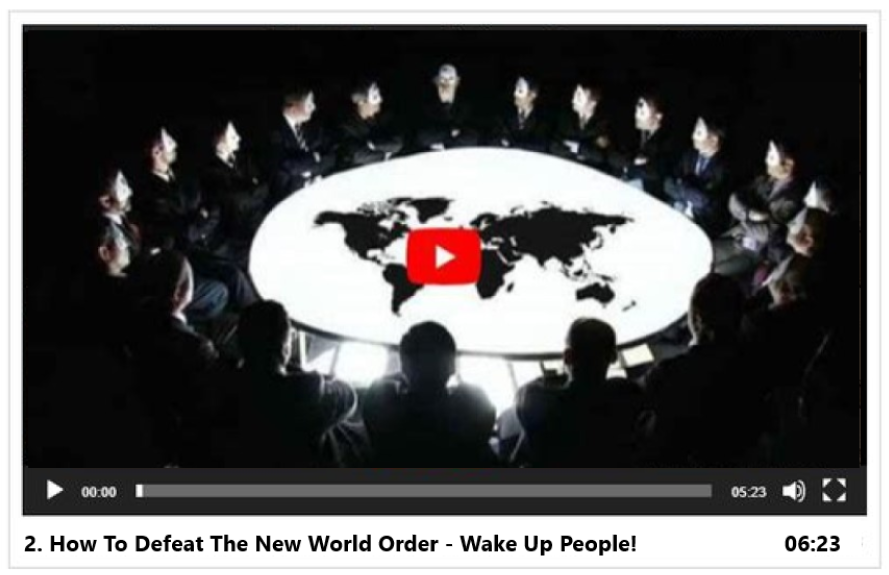 Would these be those strong and hardy enough to survive the conditions placed on the earth that would kill off the remaining 95%, or perhaps the survivors would be chosen selectively from the elite and wealthy?

And those who wake up to this evil reality will be imprisoned in FEMA camps before their death. Is this what they are built for?

Whether such a plan could ever actually be successful is another matter. Plans of this size and scope would require the collusion and agreement of at least every first world government in the world, not to mention that the number of resources and effort that would have to go into keeping something like this covered up would be astronomical.

Also: 6 Billion People Humans To Be Killed By The Elite – NWO Depopulation Agenda

“Waiting for the Big One” – Are You Ready for the BIG One?

America Is a Natural Born Healer: The Most Powerful Natural Painkiller That Works Like Morphine That You Can Make at Home