“The man of the future will be a mongrel. Today’s races and classes will disappear owing to the disappearing of space, time, and prejudice.The Eurasian-Negroid race of the future, similar in its outward appearance to the Ancient Egyptians, will replace the diversity of peoples with a diversity of individuals.”

The ultimate reason why all Europeans should fight, dencounce, and ultimately remove the European Union (EU) from existence and influence over our nations and national futures.

The genocidal, racially anti-European and Semitic-aligned objectives of the so-called European Union (EU) as a method of destroying the European races with a centralized ‘control commission’ more deserving of the title of the ‘Jewropean Union’ than of the European Union it falsely claims to be.

The Kalergi Plan of Richard von Coudenhove-Kalergi at its core is a racial-homogeneity undermining Pan-European movement and organization plan using non-white migration from Asia and Africa combined with internal dysgenic policies.

“The man of the future will be of mixed race. Today’s races and classes will gradually disappear owing to the vanishing of space, time, and prejudice. The Eurasian-Negroid race of the future, similar in its appearance to the Ancient Egyptians, will replace the diversity of peoples with a diversity of individuals. […]

Instead of destroying European Jewry, Europe, against its own will, refined and educated this people into a future leader-nation through this artificial selection process. No wonder that this people, that escaped Ghetto-Prison, developed into a spiritual nobility of Europe.

Therefore a gracious Providence provided Europe with a new race of nobility by the Grace of Spirit. This happened at the moment when Europe’s feudal aristocracy became dilapidated, and thanks to Jewish emancipation. “

The Coudenhove Kalergi plan finds its origins as a Jewish method of war conceived within the bureaucracy and territories of the Roman Empire and potentially in prior history in the conflicts in the Middle East between Semites.

It is a lowly crude tactic of simply forcing the movement of different racial populations in order to undermine their homogeneity and wreak havoc in their civilizations.

Ida Roland was his Jewish wife (who never gave him children). Kalergi was a mixed race person of Polish, Greek, possibly Turkish ancestry through Heinrich von Coudenhove-Kalergi and Japanese ancestry through Mitsu Aoyama.

He was a product of miscegenation promoting it as the racial death-trajectory for all Europeans whilst being married to a Jew who likely helped create his disgusting Philo-Semitism. Kalergi was critical as a post 1925 influence and more so as a post war influence on the European Union’s development.

Kalergi even chose the European Union’s anthem, which was sycophantically adopted in his honour as Herman Van Rompuy admits in his speech accepting the European Prize Coudenhove-Kalergi of 2012.

Also – ‘France Does Not Belong to The French!’ 500 + African Migrants Storm Paris Airport to Demand Asylum

Kalergi was involved with the political scene emanating out from the 1922 Pan European movement in Vienna. Coudenhove’s first proposals for his version of this already established trajectory was in his article “Pan-Europa – a proposal” published on the 15th of November 1922 in Berlin.

“Coudenhove’s proposal quickly found support among admirers and supporters in the leading circles of European intellectuals, poets and philosophers:

The young mayor of Cologne, Konrad Adenauer who was later to become German Chancellor and the Viennese student and subsequent socialist Federal Chancellor of Austria, Bruno Kreisky were among the first members”

The Coudenhove-Kalergi plan although articulated clearly by Kalergi does not originate with him. The same concept as a method of war against a racial nation had been espoused for years by various subversives and Jews going back to Roman times.

The Coudenhove Kalergi plan finds its origins as a Jewish method of war conceived within the bureaucracy and territories of the Roman Empire and potentially in prior history in the conflicts in the Middle East between Semites. It is a lowly crude tactic of simply forcing the movement of different racial populations in order to undermine their homogeneity and wreak havoc in their civilizations.

The same goes for all European nations worldwide. In America specifically the supreme court ruling of Loving v. Virginia pushed and promoted and funded by Jewish donors and a Christian atmosphere undermined the racial integrity of America along with the repealing of the prior restrictions on non-northern European migration sources a few years earlier in 1964/5 with the Jewish and Christian promoted ‘Immigration and Nationality Act of 1965’ among others. 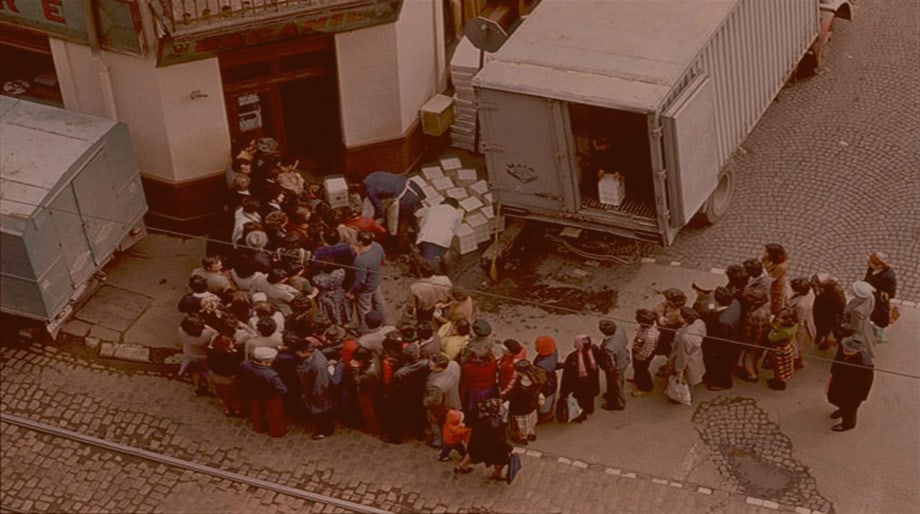 Having studied the European Union at a Russell group university (The same high-tier universities the entire political establishment went through), I can authoritatively state that Kalergi was not even mentioned once, there is a clear precedent to conceal his importance at least in higher levels of political education and non-establishment circles and the educational courses that most future heads of state and politicians receive. However there were numerous other subversives named, most of which are Jewish.

The ideas of Kalergi came after, not before, the Jewish author L.L.Zamenhof conceived of Esperanto, an attempt to promote a Southern European centric, pan-European language. This proves that the ideas Kalergi wrote of were not his, he simply was a convenient Philo-Semitic (or in the language of the internet: ‘cucked’) non-Jew the Jews could promote and refer other non-Jews to as their proxy for any future open articulation or awareness of the racially subversive plan being waged against us Europeans.

Also: A Nuclear Inferno Upon Our Cities! USA Is Now Facing the Greatest Crisis in History -Terrorist Training Camps: 30 States -Which States Are You In?

Kalergi was a Philo-Semite. He had married a Jewish woman as his sole partner. The origins of what we are misdiagnosing as the Kalergi plan rests firmly in Jewish origins well before Kalergi existed, in the modern era we can prove this through the example of L.L.Zamenhof but also in the historical era.

There were even laws according to Cicero (106 BC- 43-CE) the Roman legalist and philosopher, against the movement of people for political gain internally by non state authorities within the roman empire.

The Jews have been facilitating an attempt to use other people to commit genocide against races they are opposed to for a long, long time.Kalergi’s theories acceptance by the political elites is proven by the sheer number of awards he was given. Kalergi was awarded the:

Aside from the Kalergi prize, in terms of structural evidence (as opposed to the obvious, undeniable, sickening demographic evidence) of the continued promotion of the Kalergi plan is the International Pan European Union.

This organisation was setup by Kalergi himself and is still in operation to this day. Kalergi established the International Pan European Union (IPEU/PEU).

PROTECTING THE BABIES: These Cute Babies From Thailand Got Mini-Face Shields to Protect Them From Coronavirus

Whore of Babylon -The Truth About Mystery Babylon