Are The Elections Rigged Or Not? People Need Answers And They Need Them Now 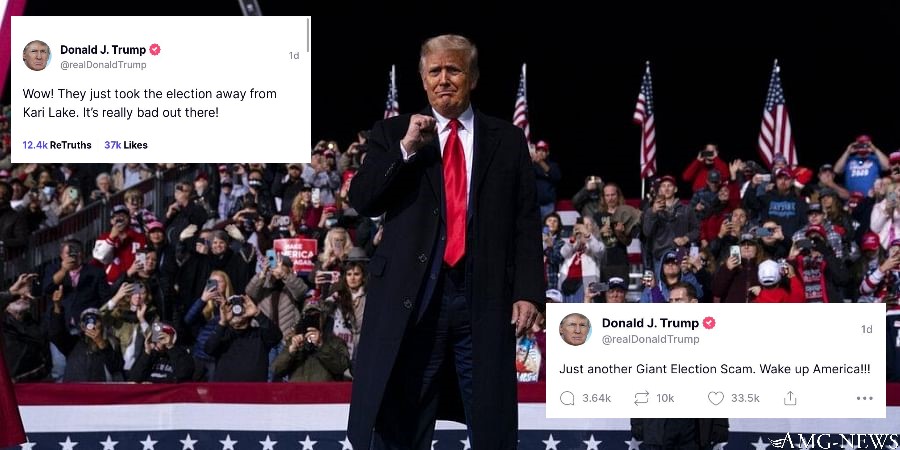 Trump says “the voting in 2024 will be much different”. Then turns around and says “go out and vote for Herschel Walker”. Guys. The messaging is all over the place.

Is there voter fraud going on or not? If there is, it needs to be addressed and stopped before anyone can get excited about 2024.

If the midterms didn’t matter, why did they hype it up like the “election to save America”? Now we are just expected to not care and move on to 2024?

Not gonna cut it. This is unacceptable.

Many are mistaking my criticism as being “black-pilled” or “complaining”.

To be clear, I’m not going anywhere. I’m just telling y’all how I see it. And optically, this is an unmitigated disaster.

We all expected Trump to run in 2024. We knew that was happening. That was the bare minimum expectation.

But for Trump to hype this up as a “historic day for our country”, after we just watched 2 elections get stolen from us… it’s beyond tone deaf.

SAVE AMERICA! The Patriot Check: I love Trump. But the criticism is warranted.

Any who have worked in the corporate world have heard the term “managing up”. It’s essentially holding your higher ups accountable and not letting them cut corners just because they are your boss.

He hyped this up as a “historic day for our country” and expects us to be motivated to vote for him after witnessing another stolen election.

The timing and optics are abysmal. That’s the truth.

I see other Anons posting blanket statements calling out people for being upset.

Just so everyone is clear, no where did I say I was giving up. I am merely pointing out his base are going to be pissed off and he is going to lose a lot of support with this untimely and overhyped announcement.

I’m not saying “it’s over”. I’m not giving up. I’m just pointing out the reality that he is telling us the elections are rigged and also asking us to vote for him.

Just a tad contradictory, no? 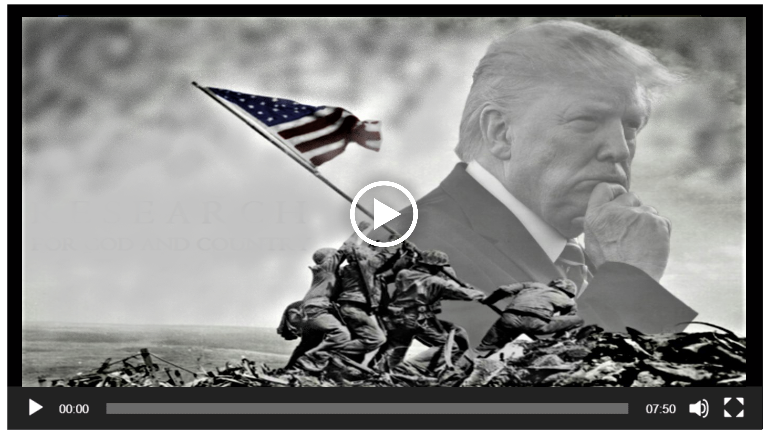 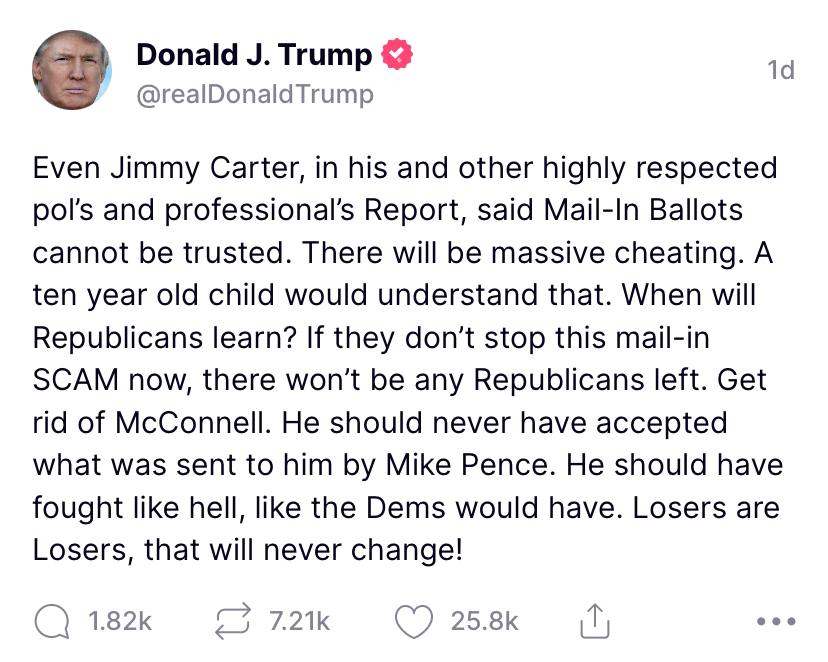 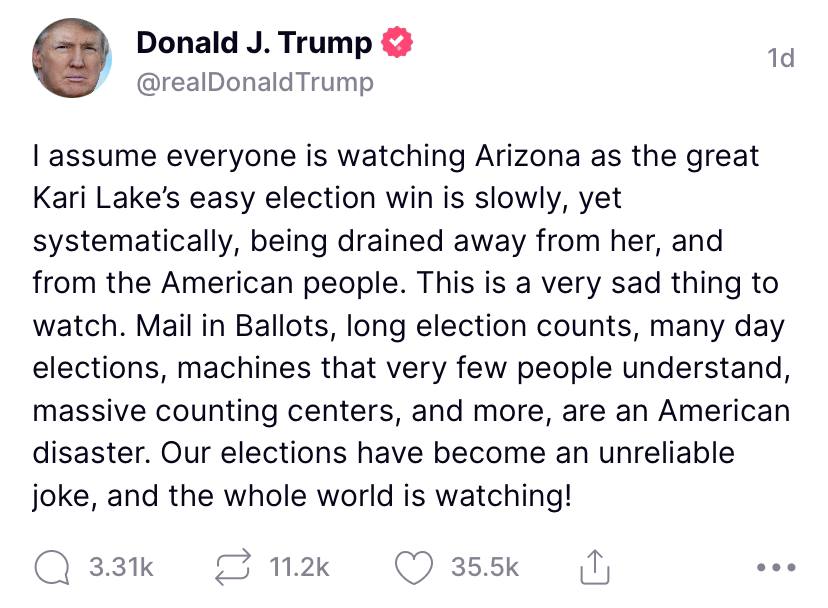 All of these are from yesterday.

And then Trump thought it was a good idea to throw a massive party at Mar-a-Lago to ask for our vote in 2 years.

Are the elections rigged or not?

If they are, what is being done about it?

Quite frankly there is nothing else we should be focusing on if Trump is telling the truth that the elections are rigged.

And if the elections are not rigged, then we have an entirely new problem on our hands.

Either way, the People need answers and they need them now.