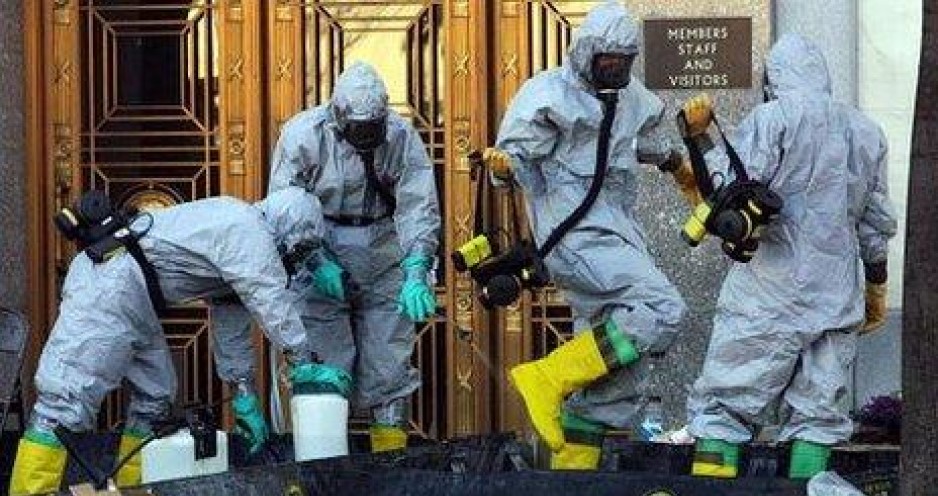 New York City’s response plans for a chemical or biological attack will be put to the test in the coming weeks as part of a federal preparedness study. Don’t worry, the gas they’ll be releasing is probably as safe . . . as the COVID vax!

The MTA says the Department of Homeland Security working alongside a team of researchers and city agencies will deploy a non-toxic gas this month at about 120 locations across the city, including transit.

Most of the locations will be above ground, including some parks. A number of below-ground subway stations will also be included, though details on which ones weren’t known.

The tests will be conducted on five separate days between Oct. 18 and 29.

Anyone in the vicinity of testing operations are advised that the gas is non-toxic and poses no health risk to the public. Some folks wonder if they’re actually going to be releasing more COVID as a way to force the unvaccinated to get the jab? Will NYC see a wave of severe sickness in the days following this “test?”

The study simulates “the aerosol release of a biological agent in a densely populated urban environment.”

“The study will track movement of non-toxic material and the results from these tests will be used to learn more about the relationship between airflow in street level and underground environments,” the MTA said.

Commuters can expect to see teams of researchers working at locations scattered across the city both above and below ground.

The study is part of ongoing testing under the federal Urban Threat Dispersion program. New York City has been tested before, back in 2016, as have other major cities including Washington D.C. and Boston.

The public points out that since they’ve done these tests before, why do they have to do them again? To many folks, something’s not right with this.