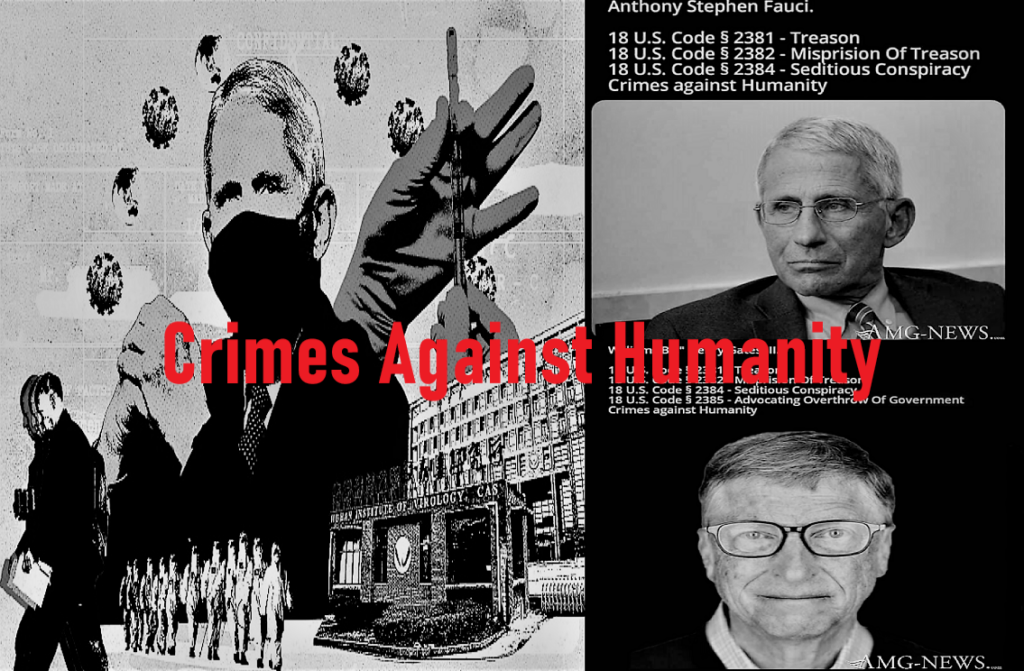 The US government funded Peter Daszak’s ECO Health Alliance to the tune of $61,491,183 to make new coronaviruses that are infectious to humans.

It also directly or indirectly funds the Wuhan Institute of Virology to the tune of $7.4 million dollars to make new coronaviruses that are infectious to humans.

Meanwhile, the National Institute of Allergy and Infectious Diseases funded Ralph Baric to the tune of $46,958,414 to make new coronaviruses that are infectious to humans.

This totals more than $114 million in the period from 2000 to 2020 to make new coronaviruses which are infectious to humans.

There is no question that SARS-CoV 2 (causing Covid-19) is man-made. Here’s the evidence…

A Brief History of man-made pathogens designed by Baric, Daszak, Zhengli and Moderna and funded by Fauci, the NIH, the NIAID and the US Government to carry out the research necessary for the creation of SARS, MERS and Covid-19

1984: Dr Anthony Fauci is appointed director of the NIAID (National Institute of Allergies and Infectious diseases) – There is an Orwellian Appointment for you.

Subject: Mechanism of MHV Replication (Mouse Hepatitis Virus). This was the start of the partnership between Fauci and Baric.

1999: The Bill and Mellisa Gates Foundation set up GAVI (Global Alliance for Vaccines and Immunization) with a promise of $750 million in funding. So it was never going to be a bit part actor in the vaccine movie.

2000: In May Ralph Baric successfully constructs a 28k base pair Coronavirus from smaller fragments by reverse transcription (making DNA from RNA)  He makes an infectious TGE (Transmissible Gastroenteritis Virus – which is a type of Coronavirus) clone from isolated components of the genome. He files for US Patent 6,593,111 B2:

The invention is exemplified by, although not limited to, the assembly of full-length, functional coronavirus genomes.

The present inventors have successfully assembled a full-length infectious clone of transmissible gastroenteritis virus (TGE). Using a novel approach, six adjoining cDNA subclones that span the entire TGE genome were isolated. Each clone was engineered with unique flanking interconnecting junctions which dictate a precise, systematic assembly with only the correct adjacent cDNA subclones, resulting in an intact TGE cDNA construct of about approximately 28.5 Kb in length.

Among other advantages, full-length infectious clones of TGE permit the precise genetic modification of the coronavirus genome …

2001: April 20: NIH Grant GM63228 funds Ralph Baric et al at the University of North Carolina at Chapel Hill to do Chimera research to transform the original SARS Coronavirus which was pathogenic only to animals, existing in nature as a pathogen for dogs and rabbits, to make it pathogenic to mankind targeting lung epithelial cells. The justification for this research was that it was supposedly designed as a vector virus to distribute HIV vaccines. This resulted in US patent application US28531801P

2002: April 19: The University of North Carolina files US patent 7279327 for an infectious replication defective coronavirus (to be used as a virus vector for an HIV vaccine), claiming priority from US28531801P. Inventors were: Kristopher M. Curtis, Boyd Yount, Ralph S. Baric

2002 November 16: The first case of an atypical pneumonia is reported in the Guangdong province in southern China.

2003 February 28: WHO officer Carlo Urbani, MD, examines an American businessman with an unknown form of pneumonia in a French hospital in Hanoi, Vietnam.

2003 March10: Urbani reports an unusual outbreak of the illness, which he calls sudden acute respiratory syndrome or SARS, to the main office of the WHO. He notes that the disease has infected an unusually high number of healthcare workers (22) at the hospital (in Hanoi, Vietnam).

2003 March11: A similar outbreak of a mysterious respiratory disease is reported among healthcare workers in Hong Kong.

2003 March15: WHO issues a heightened global health alert about the mysterious pneumonia with a case definition of SARS after cases in Singapore and Canada are also identified. The alert includes a rare emergency travel advisory to international travellers, healthcare professionals and health authorities.

2003 March17:  An international network of 11 leading laboratories is established to determine the cause of SARS and develop potential treatments.

2003 March24: CDC officials present the first evidence that a new strain of a virus most frequently associated with upper respiratory infections and the common cold in humans called the coronavirus might be a likely cause of SARS.

2003 March29: Carlo Urbani, who identified the first cases of SARS, dies as a result of the disease. Researchers later suggest naming the agent that causes the disease after the infectious disease expert.

2003 April4: President George W. Bush adds SARS to the list of quarantinable diseases, which gives the CDC the authority to isolate persons who might have been exposed to the disease.

2003 April12: Canadian researchers announce they have completed the first successful sequencing of the genome of the coronavirus believed to cause SARS.

2003 April14: CDC officials announce their laboratories have sequenced a nearly identical strain of the SARS-related coronavirus. The CDC version includes an additional 15 nucleotides, which provides the important beginning of the sequence.

2003 April16: A new form of a coronavirus never before seen in humans is confirmed as the cause of SARS according to Koch’s postulates, which are four specific conditions that must be met for a pathogen to be confirmed as a causal agent of disease.

2003 April 25: CDC Patent filed and ultimately becomes US 7,220,852 (the patent on the RNA sequence) and 7,776,521 (the patent on the testing methodology). These patents give the U.S. Department of Health and Human Services the ability to control the commercial exploitation of SARS coronavirus.

2003 July2: WHO removes Toronto, Canada from its list of areas with recent local SARS transmission after 20 days passed since the last SARS case was reported and isolated.

2010 August 6: Moderna (prior to its establishment) files U.S. Patent 9,447,164 which attracted the investment of (and “inventorship” for) venture capitalists at Flagship Ventures. This patent grew out of the work of Dr. Jason P. Schrum of Harvard Medical School supported by National Science Foundation Grant #0434507. While the application claims priority to August 2010, the application didn’t get finalized until October, 2015.

2010 September21: Wildlife Trust is rebranded to become ECO Health Alliance under the directorship of Peter Daszak.

2010: The World Health Organization (WHO), UNICEF, the National Institute of Allergy and Infectious Diseases (NIAID) and the Bill & Melinda Gates Foundation have announced a collaboration to increase coordination across the international vaccine community and create a Global Vaccine Action Plan.
The Leadership Council is comprised of: 2015 :Dr. Zhengli et al “reengineered HKU4 spike aiming to build its capacity to infect human cells.” “To this end, we introduced two single mutations…mutations in these motifs in coronavirus spikes have demonstrated dramatic effects on viral entry into human cells.”

2015 July: South Korea had its last case of MERS. There were 2,494 confirmed laboratory cases and a total of 858 deaths in 27 countries; 80% of these cases came from Saudi Arabia. So the mortality rate for MERS was 34.4%. But it was not very transmissible. Infections were limited to family members, other hospital patients and health care workers who encountered MERS patients.

2018: US Patent 7279327 for the chimeric adaption of the naturally occurring animal SARS Coronavirus to become infectious to humans targeting lung epithelial cells is transferred from University of North Carolina to he US National Institute for Health (NIH) – who funded it in the first place.

2018 March 27: Peter Daszac and the Eco Health Alliance in 2018 submitted a proposal to DARPA to do gain of function research on SARS coronaviruses to insert is furin cleavage site (such as is found in HIV1) in an optimal position into the coronavirus gene. COVID-19 has a furin cleavage site optimally positioned to infect humans.

Let’s look at the big picture: A novel SARS coronavirus emerges in Wuhan with a novel cleavage site in it. We now have evidence that, in early 2018, they had pitched inserting novel cleavage sites into novel SARS-related viruses in their lab,” said Chan. “This definitely tips the scales for me. And I think it should do that for many other scientists too.” – this is the Eco health alliance DARPA funding proposal.

Here is Peter Daszak admitting that he and Ralph Baric made new forms of SARS in the lab :