Billionaire Elites Want You to Eat Bugs — And You Will (video) 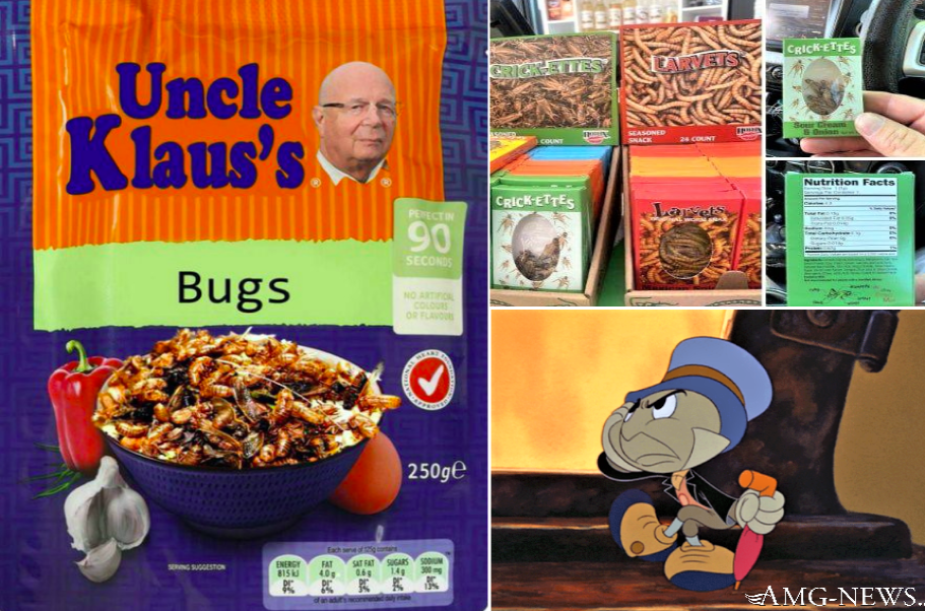 They Want Us to Eat Bugs!

NWO agenda they want us to eat bugs look at this bitch trying to show us how delicious they are. She looks like she’s going to gag.

They want all the farmland, food and everything for themselves and we will own nothing and like it oh yeah and eat bugs.

If you don’t believe me once again go back to the world economic forum and have a listen pick a year and listen ask yourself why are food plants being destroyed on purpose and why is Bill Gates buying up all the farmland in America? For this reason…

Klaus Schwab and the global elitists at the World Economic Forum say it’s time for us all to start eating bugs in order to save the planet. By “us all” of course that means common peasants and not themselves.

This disgusting chapter taken right out of a post-apocalyptic dystopian sci-fi movie is based on the 2022 UN World Population Prospect Report which claims the world population will reach 10 billion people by 2050.

Lucky for us, this junk science is based on little more than statistical manipulation and the truth is that the world population is actually on the brink of collapse due to the ongoing rapid decline in global fertility and birth rates.

So make yourself a steak diner and tell Klaus Schwab and his cronies to shut their bug holes! 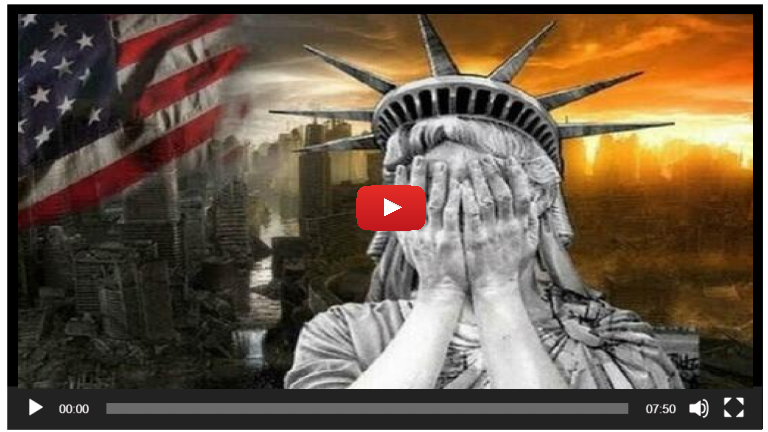 Oligarchs Are Preparing For Your Future As An Insect-Eater

I have no problem trying new foods. But do you know what I don’t like?

When the richest sociopaths in human history engineer a global economy that forces the masses to eat bugs.

We’ll talk about the final two steps in an upcoming article, but for now, let’s talk about where we’re at.

Everything is privatized, everything has a price tag, everything is reliant on the global supply chain, the financialization of human necessities is well underway (especially with real estate AKA human shelter), and monopolies will own everything within our lifetime.

Because rules-free-market capitalism requires compound growth forever, corporate-sponsored politicians have spent the past century doing everything in their power to encourage the birth of ever-more consumers.

That’s why the world population graph looks like it just got a prescription for Viagra: 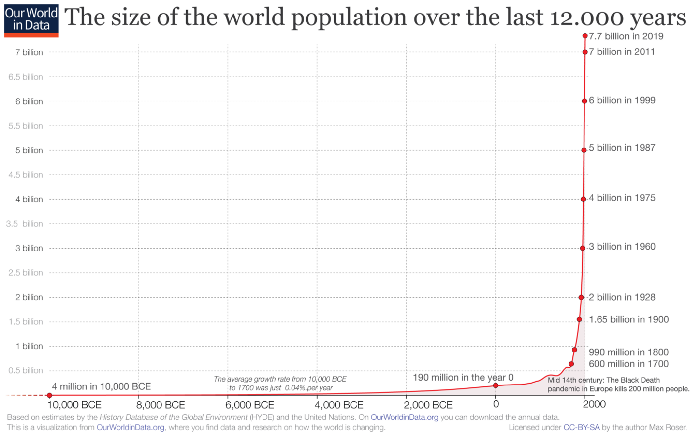 But now the oligarchs who run the West have hit a bit of a snag:

“Not to fear!” the Bitcoin Ponzi Tesla gamblers squeal from their mothers’ basements. “Technology will save us!”

I have zero interest in living in a futuristic indoor world of high-rise plastic and glass.

Homo sapiens are perfectly adapted for a natural, outdoor, free life on planet Earth, not some echo-ey, 3D-printed, Amazon-and-Tesla-owned meta-sphere.

We were made to live in nature. Get Off Grid Using Everyday Waste!

Environmental collapse is real, and our billionaire overlords want us to “fix” it.

“I think all rich countries should move to 100% synthetic beef.” — Bill Gates (who emits 107 times more carbon emissions than the average person).

But some of us see right through it — telling the masses to stop eating meat is just another attempt to weaponize public shame for private gain.

Yes, monopolist factory farming should be illegal, and yes, we should absolutely draw down the human population over the next two generations, but where would the profit be in that?

Instead of eating meat, some of the richest sociopaths in history want us to eat vegan-made factory foods. Of course, all of them are heavily invested in vegan factory food companies, but never mind the details.

“Do your part” to “save the world” by eating vegan “food,” otherwise, you’re a “terrible person.”

“Luckily” for us, there are other hyper-corporatists who think we’ll still be eating meat in the decades ahead — just not the ruminants and fish we once ate sustainably for millennia.

No, the meat that they’re about to economically force-feed the masses is a tad tinier than a 16-oz grass-fed ribeye.

They want you to eat bugs. 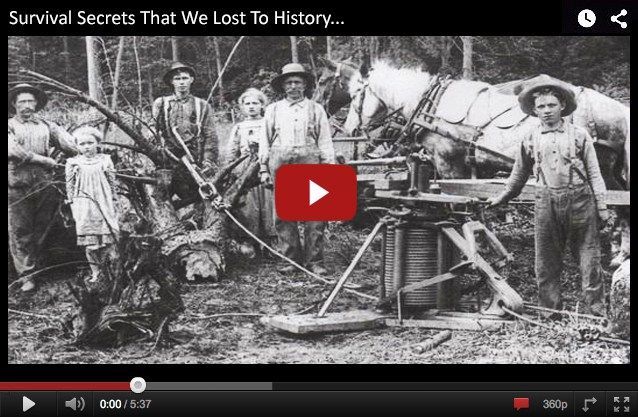 Your new normal…
When you increase the number of consumers far beyond the point of natural, outdoor, organic sustainability, thereby destroying the planet and savaging people’s health with factory foods, you have to concoct technological “solutions” to the problems you created. In this case, mass starvation.

And that’s the threat they’re now dangling over our heads.

We are entering the age of engineered food crises.

Also: The US Army’s Forgotten Food Miracle And 126 Superfoods That You Can Store Without Refrigeration for Years

Between the pandemic, supply chain disruptions, Russia’s war in Ukraine, all this engineered inflation, and a rapidly-roasting planet, we’re running out of chemical fertilizer.

Keep your eyes open, friends. We’re going to see more and more corporate-sponsored stories big-upping the benefits of a bug-based diet. Bugs are high in protein, low in fat, good for the planet… and massively profitable for their producers.

Heaven forbid we just tax our oligarchs, break up their monopolies, cap corporate profits on human necessities, commit to having fewer children, and return to regenerative family-scale farming in order to save the natural world.

Rather than returning to the organic system that sustained us since the dawn of time, they’re going with a highly-profitable eight-billion-person health experiment while the planet burns to ash.

They keep the profits; we eat the bugs.

Getting people to eat bugs will actually be quite simple:

Obviously, we all know how to avoid a world in which we don’t have to eat bugs all day every day: Stop voting for Republicans and Democrats, stop investing in monopolies, stop enriching monopolies, start buying from local organic producers, and stop having more than two biological children per couple.

But literally none of this will ever happen at scale. 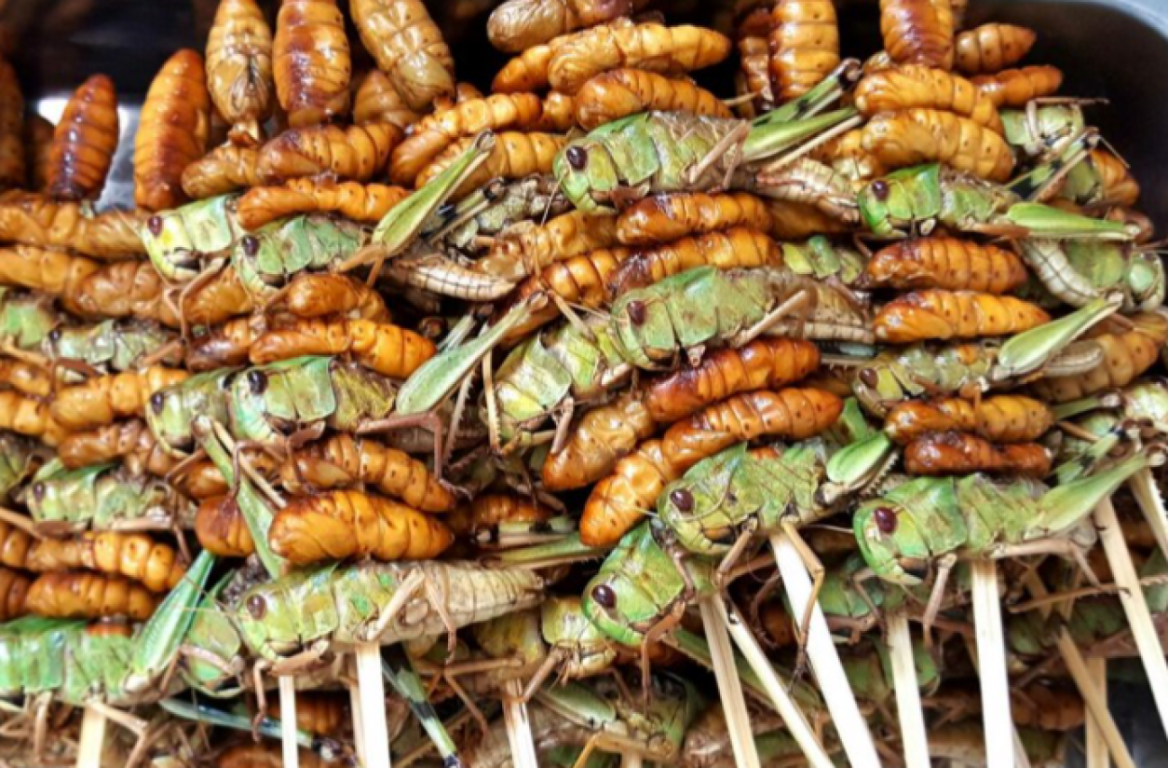 Bill Gates Billionaire Elites Eat Bugs NWO Depopulation World Economic Forum
Share. Facebook Twitter Pinterest LinkedIn Tumblr WhatsApp Email
Previous ArticleSee For Yourself The World Of Clones And How You Can Tell The Difference!
Next Article Reptilian PCR Test: The Easiest Way To Control People To Do Anything – In The Same Way Egyptians Built The Pyramids