Complete Update on the Supreme Court Case Against 385 Congressmen 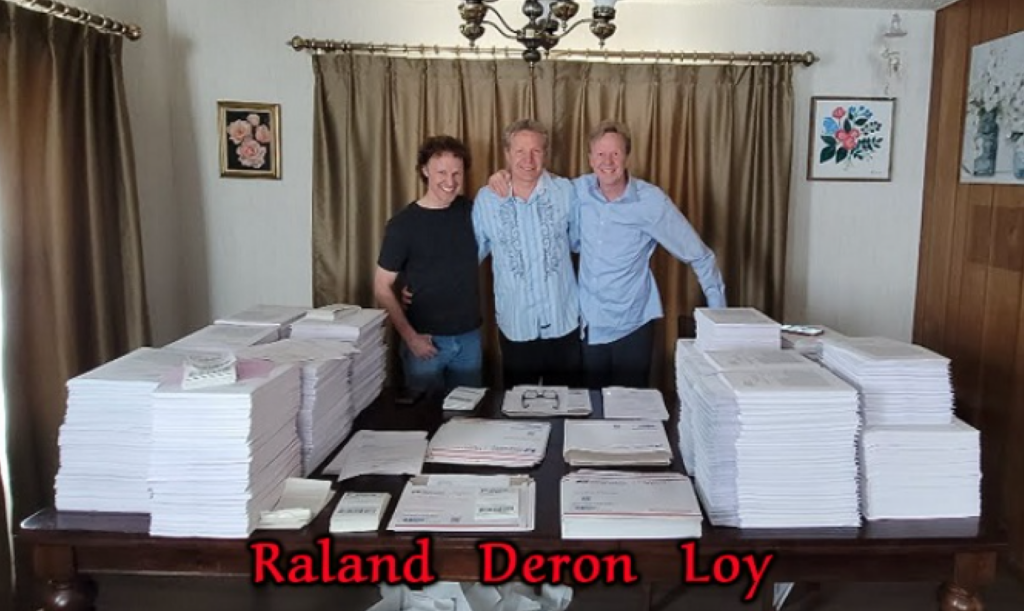 Complete Update on the Supreme Court Case Against 385 Congressmen

Here are the three Brunson brothers who are responsible for filing the case that has reached the Supreme Court.

After emailing them personally, they responded and sent the complete court case process. Here’s a copy of their response:

Hi George,
Thank you for your interest! We have a website that shows the story and timeline of the case, which will always be updated with any new developments.
www.ralandbrunson.com
also, for those who want to help support this cause:
www.7discoveries.com
I’m impressed with your work and achievements! God bless you, my friend.

Quote:
Currently, there are two lawsuits identical to each other.
The first One, filed by Loy Brunson is still held up in the Utah Federal Court.
The second one, filed by Raland J. Brunson has made it to the Supreme Court of the United States (SCOTUS),
Docket #22-380, where 9 Justices in conference will vote (only 4 needed) to move to a hearing.

THE LAWSUIT
Both lawsuits include defendants Pres. Biden, Harris, former V.P. Pence and 385 members of congress for breaking their oath of office by voting AGAINST the proposition (that came from members of congress) to investigate the claims that there were enemies of the constitution who successfully rigged the election.

BOTH LAWSUITS ARE ABOUT THE DEFENDANTS BREAKING THEIR OATH OF OFFICE

“I do solemnly swear (or affirm) that I will support and defend the Constitution of the United States against all enemies, foreign and domestic…”

THE RELIEF THAT LOY AND RALAND ARE SEEKING
That defendants be permanantly removed from office, and not allowed to hold a public office again.

Continues here:
BACKGROUND
Loy, Raland, Deron and Gaynor Brunson (the brothers) witnessed the 2020 election along with claims from members of congress that the election was rigged. What got their attention was when the proposition to investigate those claims was presented to Congress and put to a vote. What came as a shock to the four brothers is when they discovered that 387 members of Congress along with VP Mike Pence actually voted against the proposed investigation, thus thwarting the investigation. Whether the election was rigged or not was no longer their main concern. What now became the concern was when those members of Congress violated their sworn oath by voting to thwart the investigation.

The brothers wanted to do something about this. Their brother Deron had quite a lot of experience in the legal field, which started out when he began suing banks in an attempt to show the corruption in that part of the financial world, so he had enough knowledge to file a lawsuit against the now current 385 members of Congress along with VP Mike Pence, Joe Biden, and Kamala Harris.

He already had experience with the SCOTUS by bringing two petitions to them, both of which were denied, but this experience gave him enough success along the way to give him the confidence that maybe, just maybe, he might be able to do something about this thwarted investigation.

Their brother Gaynor was heavily occupied with his audio/video television business (Rock Canyon Studios) so Deron got together with his other two brothers to plan out the strategy. They decided to have their oldest brother Loy to be the name on the lawsuit, which is called a “Complaint” and because he would be on the Complaint, the Court would refer to him as the Plaintiff.

The 388 people being sued will now be called Defendants. Loy filed the complaint, which eventually got stuck in the Federal Court, so they got together and decided to have their brother Raland file the identical lawsuit with his name on it, in the Utah 2nd District Court. While Loy’s lawsuit continued to be held hostage in the Federal Court, Raland’s lawsuit eventually made it to the SCOTUS. Here are the events of both lawsuits:

(Here is an abbreviated time line)

September 23, 2022
Petition for Writ of Certiorari Received
(The SCOTUS received the petition along with the copies for the Justices.)

September 28, 2022
A phone call from SCOTUS
(The Clerk of the SCOTUS calls Raland requesting for a revision of the Petition that would include more information on the lawsuit and wondering how soon they could get it.)

October 17, 2022
2nd phone call from SCOTUS
(The Clerk of the SCOTUS calls Raland again. She asks “how are you doing on your revision of the Writ with the additional information that we need?” Raland said “We’re working on it as we speak!” She said “how soon can we get it?” Raland said “Right away!”)

October 24, 2022
Petition docketed!
(The clerk of the Court tells Raland that they have everything they need. The U.S. Attorneys have until Nov 23, 2022 to respond showing why the Supreme Court of the United States should not move on this case.)

Supreme Court
Share. Facebook Twitter Pinterest LinkedIn Tumblr WhatsApp Email
Previous ArticleSOCIAL SECURITY & BIRTH CERTIFICATE FRAUD!!! Humans are sold on “STOCK” market like “Common Stock CATTLE”
Next Article QAnon: Where They Come One They Come All. To GITMO! This Revolution Will Not be Televised!