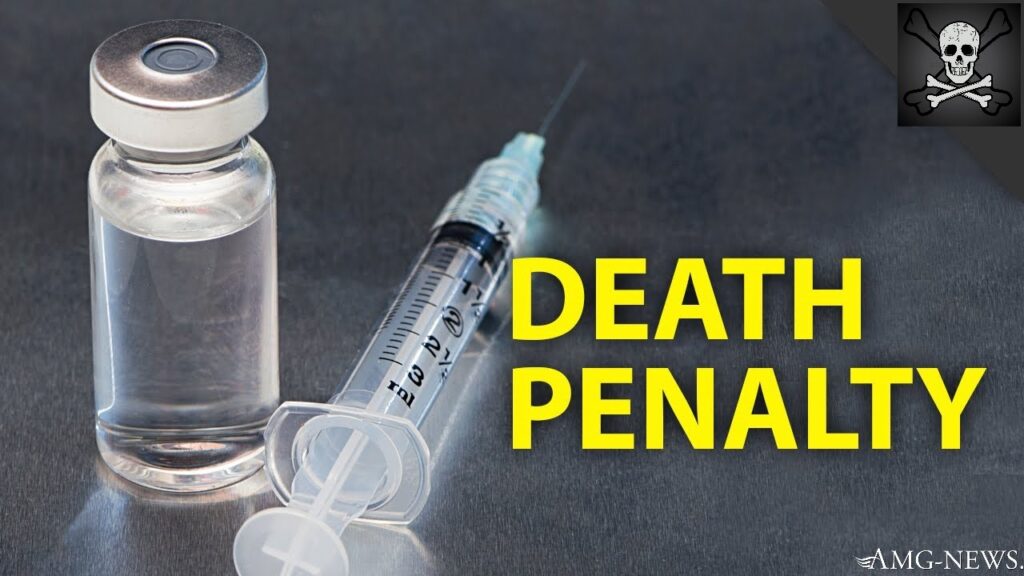 The death penalty order, handed down by the Supreme Court, is an epilogue to long-running tensions between drug companies, which do not want their products to be used to kill people, and those who are prepared to . use unreliable drugs To conduct execution when effective sedative is not available.

It is also very cruel.

Death Row: The Final 24 Hours To Execution | Methods of Execution in US

Death row, in English-speaking countries that have capital punishment, is the place, often a section of a prison, that houses prisoners awaiting execution. The term is also used figuratively to describe the state of awaiting execution (“being on death row”), even in places where no special facility or separate unit for condemned inmates exists.

After persons are found guilty of an offense and sentenced to death, they remain on death row during appeal and habeas corpus procedures, and if those are unsuccessful, until execution.

Methods of Execution in US

Lethal injection is the most widely-used method of execution, but states still authorize other methods, including electrocution, gas chamber, hanging, and firing squad.

Because of a resistance by drug manufacturers to provide the drugs typically used in lethal injections, some states now allow the use of alternative methods if lethal injection cannot be performed. Controversies surrounding the method to be used have delayed executions in many states, contributing to an overall decline in the use of the death penalty.

Firing squad still remains a method of execution in Idaho, although lethal injection is allowed as an alternative method. The most recent execution by this method was that of John Albert Taylor. By his own choosing, Taylor was executed by firing squad in Utah on January 26, 1996.

For execution by this method, the inmate is typically bound to a chair with leather straps across his waist and head, in front of an oval-shaped canvas wall. The chair is surrounded by sandbags to absorb the inmate’s blood. A black hood is pulled over the inmate’s head. A doctor locates the inmate’s heart with a stethoscope and pins a circular white cloth target over it. 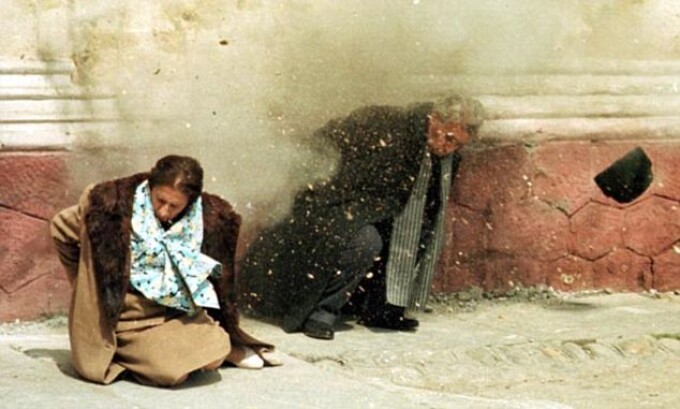 Nicolae and Elena Ceaușescu being executed by firing squad, 25 december 1989

Standing in an enclosure 20 feet away, five shooters are armed with .30 caliber rifles loaded with single rounds. One of the shooters is given blank rounds. Each of the shooters aims his rifle through a slot in the canvas and fires at the inmate.

The prisoner dies as a result of blood loss caused by rupture of the heart or a large blood vessel, or tearing of the lungs. The person shot loses consciousness when shock causes a fall in the supply of blood to the brain. If the shooters miss the heart, by accident or intention, the prisoner bleeds to death slowly.

Seeking a more humane method of execution than hanging, New York built the first electric chair in 1888 and executed William Kemmler in 1890. Soon, other states adopted this execution method. Today, electrocution is used as the sole method of execution only in Nebraska. In 2008, the Nebraska Supreme Court declared it “cruel and unusual punishment,” leaving the state without a method of execution.

For execution by the electric chair, the person is usually shaved and strapped to a chair with belts that cross his chest, groin, legs, and arms. A metal skullcap-shaped electrode is attached to the scalp and forehead over a sponge moistened with saline. 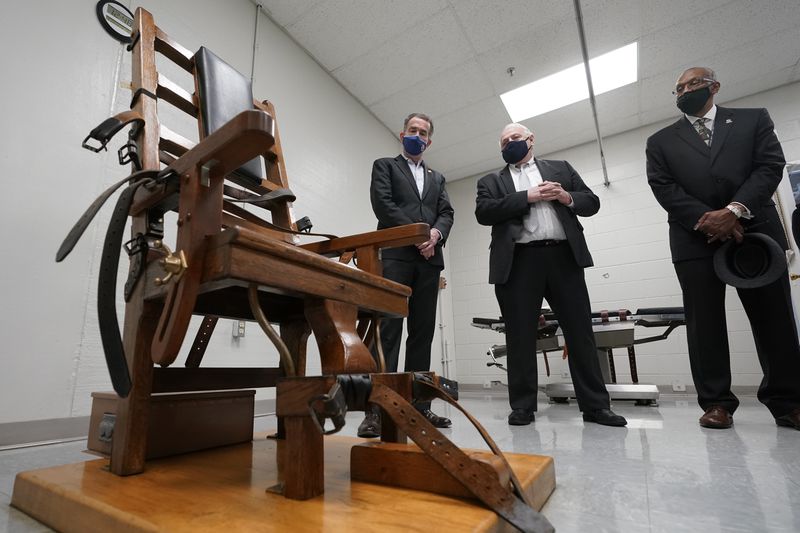 The sponge must not be too wet or the saline short-circuits the electric current, and not too dry, as it would then have a very high resistance. An additional electrode is moistened with conductive jelly (Electro-Creme) and attached to a portion of the prisoner’s leg that has been shaved to reduce resistance to electricity. The prisoner is then blindfolded.

After the execution team has withdrawn to the observation room, the warden signals the executioner, who pulls a handle to connect the power supply. A jolt of between 500 and 2000 volts, which lasts for about 30 seconds, is given. The current surges and is then turned off, at which time the body is seen to relax.

The doctors wait a few seconds for the body to cool down and then check to see if the inmate’s heart is still beating. If it is, another jolt is applied. This process continues until the prisoner is dead. The prisoner’s hands often grip the chair and there may be violent movement of the limbs which can result in dislocation or fractures. The tissues swell. Defecation occurs. Steam or smoke rises and there is a smell of burning.

“…the prisoner’s eyeballs sometimes pop out and rest on [his] cheeks. The prisoner often defecates, urinates, and vomits blood and drool. The body turns bright red as its temperature rises, and the prisoner’s flesh swells and his skin stretches to the point of breaking. Sometimes the prisoner catches fire….Witnesses hear a loud and sustained sound like bacon frying, and the sickly sweet smell of burning flesh permeates the chamber.

At postmortem, the body is hot enough to blister if touched, and the autopsy is delayed while the internal organs cool. There are third degree burns with blackening where the electrodes met the skin of the scalp and legs. According to Robert H. Kirschner, the deputy chief medical examiner of Cook County, “The brain appears cooked in most cases.”

In 1924, the use of cyanide gas was introduced as Nevada sought a more humane way of executing its inmates. Gee Jon was the first person executed by lethal gas. The state tried to pump cyanide gas into Jon’s cell while he slept.

This proved impossible because the gas leaked from his cell, so the gas chamber was constructed. (Bohm, 1999) Today, five states authorize lethal gas as a method of execution, but all have lethal injection as an alternative method. A federal court in California found this method to be cruel and unusual punishment. The last use of a gas chamber was on March 3, 1999, when Walter LaGrand, a German national, was executed in Arizona.

► Do You Make These Fatal Mistakes In A Crisis? 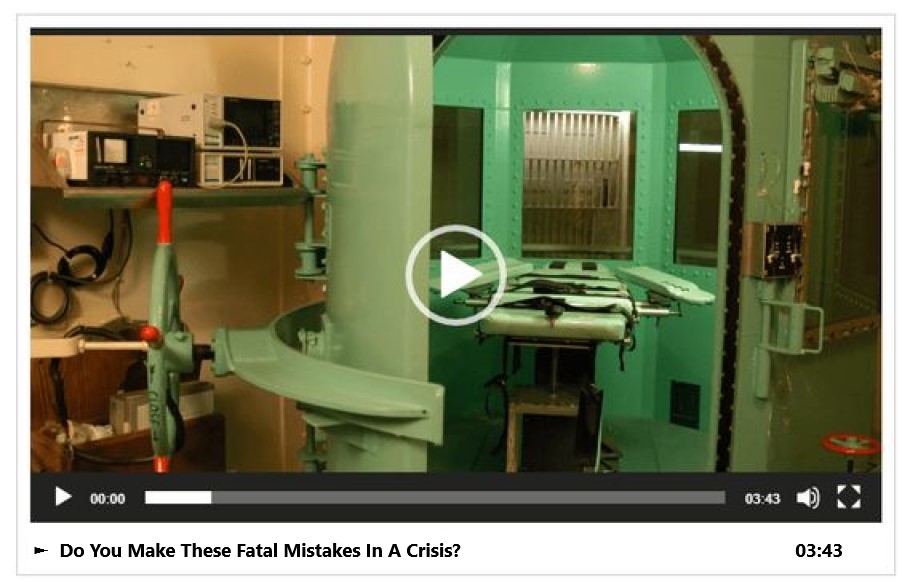 For execution by this method, the condemned person is strapped to a chair in an airtight chamber. Below the chair rests a pail of sulfuric acid. A long stethoscope is typically affixed to the inmate so that a doctor outside the chamber can pronounce death. Once everyone has left the chamber, the room is sealed. The warden then gives a signal to the executioner who flicks a lever that releases crystals of sodium cyanide into the pail. This causes a chemical reaction that releases hydrogen cyanide gas.

The prisoner is instructed to breathe deeply to speed up the process. Most prisoners, however, try to hold their breath, and some struggle. The inmate does not lose consciousness immediately. According to former San Quenton, California, Penitentiary warden, Clifton Duffy, “At first there is evidence of extreme horror, pain, and strangling. The eyes pop. The skin turns purple and the victim begins to drool”

Caryl Chessman, before he died in California’s gas chamber in 1960, told reporters that he would nod his head if it hurt. Witnesses said he nodded his head for several minutes (Ecenbarger, 1994). According to Dr. Richard Traystman of John Hopkins University School of Medicine, “The person is unquestionably experiencing pain and extreme anxiety…The sensation is similar to the pain felt by a person during a heart attack, where essentially the heart is being deprived of oxygen.” The inmate dies from hypoxia, the cutting-off of oxygen to the brain.

Related: Crimes Against Humanity, List of Indictments, Arrests and Executions – This Revolution Will Not be Televised! 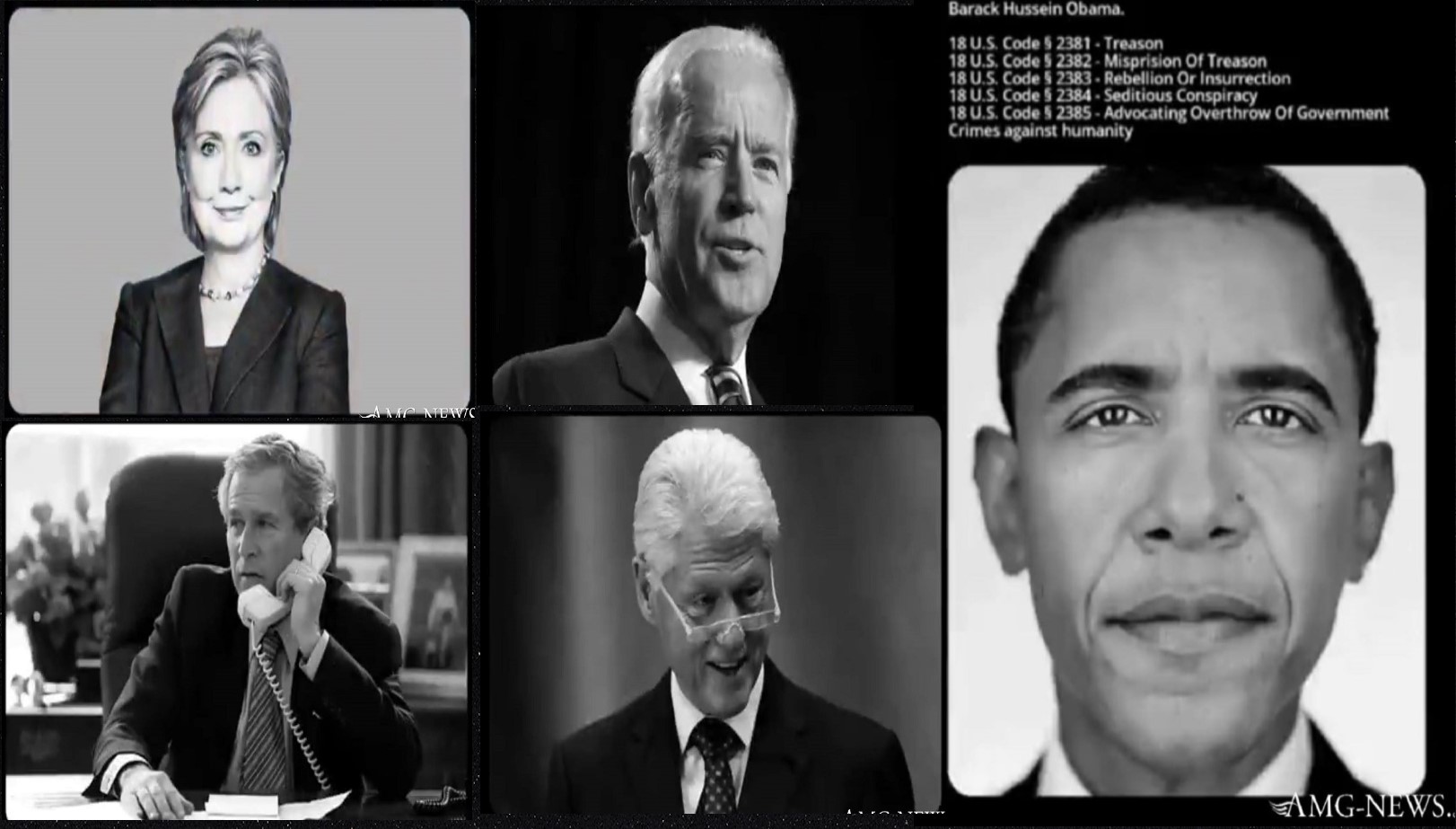 At postmortem, an exhaust fan sucks the poison air out of the chamber, and the corpse is sprayed with ammonia to neutralize any remaining traces of cyanide. About a half an hour later, orderlies enter the chamber, wearing gas masks and rubber gloves. Their training manual advises them to ruffle the victim’s hair to release any trapped cyanide gas before removing the deceased .

In 1977, Oklahoma became the first state to adopt lethal injection as a means of execution, though it would be five more years until Charles Brooks would become the first person executed by lethal injection in Texas on December 7, 1982. Today, 37 of the 38 states that have the death penalty use this method.

When this method is used, the condemned person is usually bound to a gurney and a member of the execution team positions several heart monitors on his skin. Two needles (one is a back-up) are then inserted into usable veins, usually in the inmates arms. Long tubes connect the needle through a hole in a cement block wall to several intravenous drips. 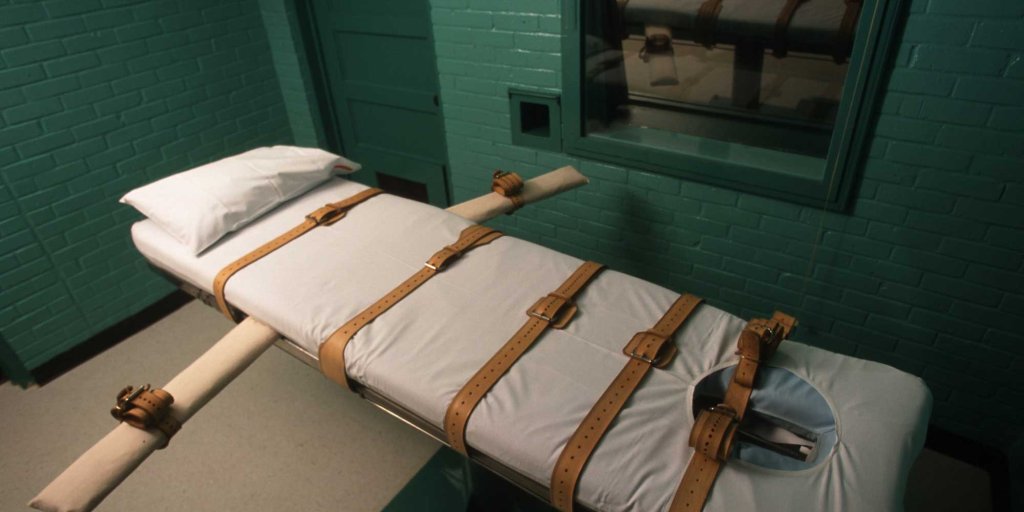 The first is a harmless saline solution that is started immediately. Then, at the warden’s signal, a curtain is raised exposing the inmate to the witnesses in an adjoining room. Then, the inmate is injected with sodium thiopental – an anesthetic, which puts the inmate to sleep.

Next flows pavulon or pancuronium bromide, which paralyzes the entire muscle system and stops the inmate’s breathing. Finally, the flow of potassium chloride stops the heart. Death results from anesthetic overdose and respiratory and cardiac arrest while the condemned person is unconscious.

Medical ethics preclude doctors from participating in executions. However, a doctor sometimes will certify the inmate is dead. This lack of medical participation can be problematic because often injections are performed by inexperienced technicians or orderlies.

If a member of the execution team injects the drugs into a muscle instead of a vein, or if the needle becomes clogged, extreme pain can result. Many prisoners have damaged veins resulting from intravenous drug use and it is sometimes difficult to find a usable vein, resulting in long delays while the inmate remains strapped to the gurney.