Declassified: The Scandal of The Century (video) 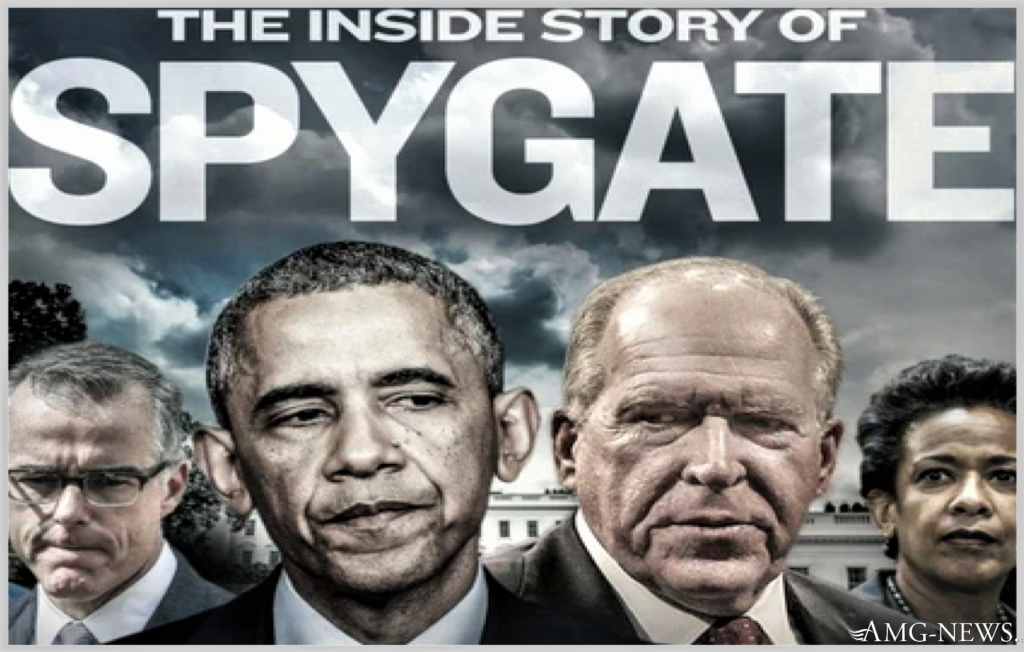 In a world where most people believe the narratives presented by mainstream media sources that are owned and funded by a small group of high net-worth individuals surrounded by rumors and accusations of human trafficking, domestic espionage, and crimes against humanity, it is no wonder why many seem to be so confused when it comes to the “Russian Collusion Scandal,” as it has been called by many.

Many of the citizens here in the good ole’ US of A have been told for the last 5 years that President Donald J. Trump and his staff colluded with the Russian intelligence community in a treasonous effort to interfere with and rig the 2016 U.S. Presidential Election. For years, it seemed as if every media outlet was on the same page, Trump colluded with Russia, cheated Hillary Clinton out of her rightful role as POTUS, and should be impeached and removed from office.

► Brace Yourselves…The Storm Has Arrived! You Just Have to Know Where to Look! Video below:

To be honest, at first glance, it is rather hard to argue with that sentiment, but things are rarely as they appear at first glance, as most of us here in the states and many other parts of the world have come to learn in recent years. In fact, in this case, things seem to have literally been the exact opposite of how they were presented to us. Yet, the mainstream media does not want you to know this. They do not want their lies, deceit and obvious complicity to what just might be the biggest scandal in American history to be made known to the public.

REFERENCE: BOOM! Nothing Can Stop What Is Coming (Good Life) – Makes a GREAT Gift for Your Trump Supporting Friends and Family!

The acting Director of National Intelligence Richard Grenell declassified a slew of documents, transcripts and intelligence footnotes pertaining to the FISA abusing Russian Collusion Hoax put on by what appears to be the Clinton Foundation, Obama Administration and many complicit bad actors, including early every mainstream media outlet.

How to Steal an Election. This video speaks for itself:

Here are three key takeaways from the recently declassified documents and footnotes:

1. Christopher Steele, the author of the Steele Dossier that was utilized in obtaining the FISA warrant needed to spy on the Trump Campaign, presented many reasons for his credibility to be questioned. One big one was the fact that he was clearly either delusional and did not know what rank he previously held in the British Intelligence Community or he felt the need to oversell his prior position, according to a statement from his former employer that said he held a “moderately senior“ position, as opposed to Steele’s proclamation that he was a “high ranking member of the British Intelligence Community.”

2. The FBI had many reasons to believe that Steele was being fed Russian disinformation: Steele had very close connections to 5 Russian Oligarchs on record in the intelligence community, and claimed that his primary sub-source that provided him the information on Carter Page had close ties to Russian Intelligence Services. The strange thing; no one in the FBI seemed to think that was a reason to consider whether or not the Russian Oligarchs and Steele’s sub-source could’ve been feeding him disinformation.

3. Although the FBI insisted that Steele was credible, we now know that promises were made by Bill Priestap-Pinkie to keep Steele’s CHS file clean, omitting questionable remarks left by other individuals who “previously had professional contact with Steele or knew of his work”. Why would the FBI need to lie to strengthen the credibility of a source that was providing truthful testimony?