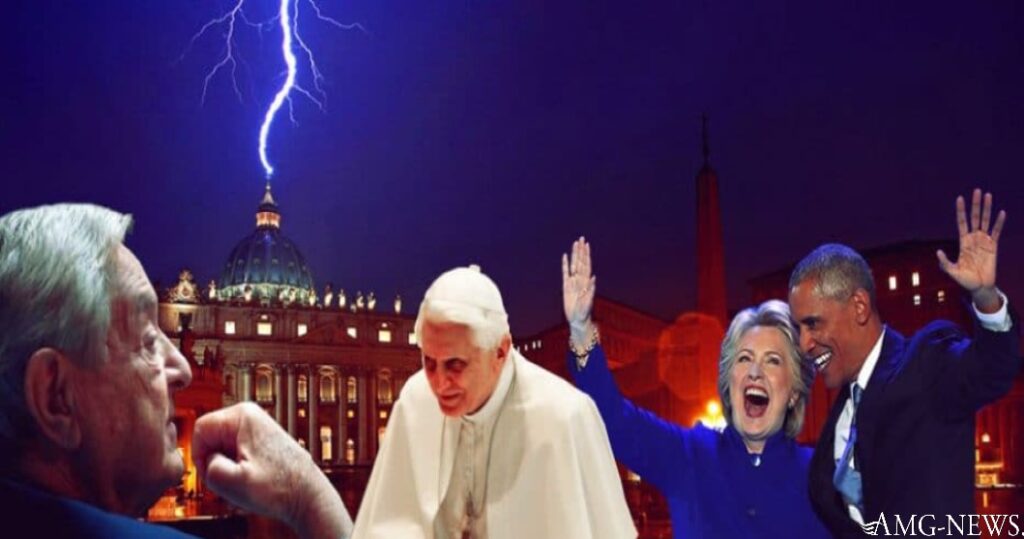 George Soros, Barack Obama and Hillary Clinton orchestrated a coup in the Vatican to overthrow the conservative Pope Benedict and replace him with radical leftist Pope Francis, according to a group of Catholic leaders citing evidence from various sources including WikiLeaks emails.

Pope Benedict XVI reigned as Pope of the Catholic Church from 2005 to 2013 before unexpectedly resigning in unusual circumstances. Becoming the first Pope to step down since Pope Gregory XII in 1415, Benedict is widely considered the first to do so on his own initiative since Pope Celestine V in 1294.

However the group of Catholic leaders cite new evidence uncovered in emails released by WikiLeaks to claim the conservative Pope Benedict did not actually resign on his own initiative, but was pushed out of the Vatican by a coup that the group of researchers are calling the “Catholic Spring.”

Soros, Obama and Clinton used the United States’ diplomatic machinery, political muscle, and financial power to coerce, bribe and blackmail “regime change” in the Roman Catholic Church in order to replace the conservative Benedict with the current Pope Francis – who has since become an unlikely mouthpiece for the international left, stunning Catholics around the world.

The group of Catholic leaders have sent a letter to President Trump urging him to launch an official investigation into the activities of George Soros, Barack Obama, Hillary Clinton (and others) who they allege were involved in orchestrating Catholic Spring that resulted in their goal of “regime change” in the Vatican. 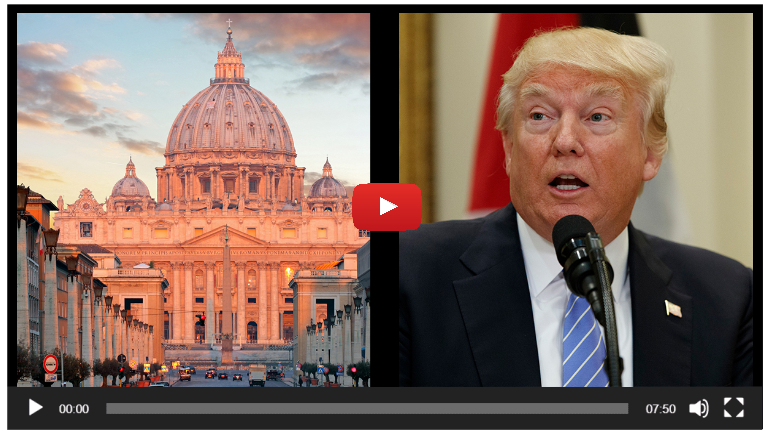 The Catholic leaders cite eight specific questions they seek to have answered concerning suspect events that led to the resignation of Pope Benedict, the first papal abdication in 700 years. “Specifically, we have reason to believe that a Vatican ‘regime change’ was engineered by the Obama administration,” say the petitioners, in their January 20:

“We were alarmed to discover,” their letter notes, “that, during the third year of the first term of the Obama administration your previous opponent, Secretary of State Hillary Clinton, and other government officials with whom she associated proposed a Catholic ‘revolution’ in which the final demise of what was left of the Catholic Church in America would be realized.”

The letter includes links to documents and news stories underscoring their claims. It first directs attention to the notorious Soros-Clinton-Podesta e-mails disclosed by WikiLeaks, in which Podesta and other progressives discussed regime change to remove what they described as the “middle ages dictatorship” in the Catholic Church. ⇒ PizzaGate The Pedophile Scandal of The American Elites: Hillary Clinton, Barack Hussein Obama, John and Tony Podesta … The List Would Be Endless

Regarding the Podesta e-mails in question, The New American:

“Podesta, a longtime Clinton adviser/confidante and hand-picked top activist for left-wing funder George Soros, revealed in a 2011 e-mail that he and other activists were working to effect a “Catholic Spring” revolution within the Catholic Church, an obvious reference to the disastrous “Arab Spring” coups organized that same year by the Obama-Clinton-Soros team that destabilized the Middle East and brought radical Islamist regimes and terrorist groups to power in the region.

The Podesta e-mail is a response to another Soros-funded radical — Sandy Newman, founder of the “progressive” Voices for Progress. Newman had written to Podesta seeking advice on the best way to “plant the seeds of the revolution” in the Catholic Church, which he described as a “middle ages [sic] dictatorship.”

In their letter to President Trump, the group of Catholics leaders write:

“Approximately a year after this e-mail discussion, which was never intended to be made public, we find that Pope Benedict XVI abdicated under highly unusual circumstances and was replaced by a pope whose apparent mission is to provide a spiritual component to the radical ideological agenda of the international left. The Pontificate of Pope Francis has subsequently called into question its own legitimacy on a multitude of occasions.”

“We remain puzzled by the behavior of this ideologically charged Pope, whose mission seems to be one of advancing secular agendas of the left rather than guiding the Catholic Church in Her sacred mission,”

they say, expressing the thoughts of millions of Catholics around the world stunned by Pope Francis’s left-wing ideology.

“It is simply not the proper role of a Pope to be involved in politics to the point that he is considered to be the leader of the international left.”

“With all of this in mind, and wishing the best for our country as well as for Catholics worldwide, we believe it to be the responsibility of loyal and informed United States Catholics to petition you to authorize an investigation into the following questions:

– To what end was the National Security Agency monitoring the conclave that elected Pope Francis?

– What other covert operations were carried out by US government operatives concerning the resignation of Pope Benedict or the conclave that elected Pope Francis?

– Did US government operatives have contact with the “Cardinal Danneels Mafia”?

– International monetary transactions with the Vatican were suspended during the last few days prior to the resignation of Pope Benedict. Were any U.S. Government agencies involved in this?

– Why were international monetary transactions resumed on February 12, 2013, the day after Benedict XVI announced his resignation? Was this pure coincidence?

– What actions, if any, were actually taken by John Podesta, Hillary Clinton, and others tied to the Obama administration who were involved in the discussion proposing the fomenting of a “Catholic Spring”?

– What was the purpose and nature of the secret meeting between Vice President Joseph Biden and Pope Benedict XVI at the Vatican on or about June 3, 2011?

– What roles were played by George Soros and other international financiers who may be currently residing in United States territory?”

The investigation the group of Catholic leaders is requesting of President Trump should be of interest to more than just Catholics.

George Soros’s ability to co-opt leading political figures to assist his radical plans for nation states is well known; but his ability to force “regime change” in the Catholic church, an institution previously throught impenetrable from the outside, raises serious questions about his potential for global chaos. The investigation — and punishment — should begin at once.

Must-Read: There Was More Gold Than You Can Imagine Found In The Tunnel Under The Vatican City