Trump Said It: “Declare the rightful winner… have a new Election, immediately!” 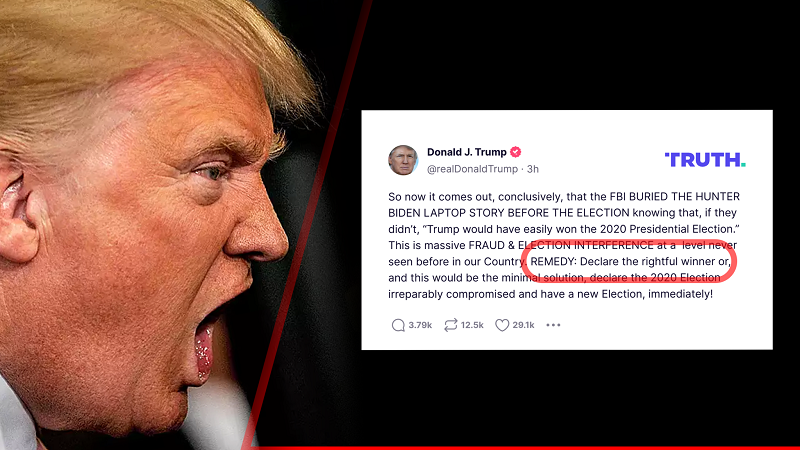 How to Steal an Election:

President Donald Trump has been talking about the fraud of the 2020 election for almost two years. But he’s never said this before.

Since the 2020 election, hours of testimony have been produced about election fraud from across the US. Tens of thousands of affidavits claiming fraud have been signed and entered into the public record. Geotracking data pulled by True The Vote confirmed the use of thousands of ballot mules. Millions of people voted that were never registered to vote. And claims that dead people voted.

This is just a small sample of the evidence that has been piling up.

Despite the fact the mainstream media continues to argue that there was no election fraud in the 2020 election, more and more people doubt these claims.

Also: Donald Trump Plans to Purge the ‘Deep State’ if He Wins Next Election, Will Use Executive Order to Strip Employment Protections

Today on Truth Social, Trump delivered his most open and damning indictment to date. He also provided action steps for what America should do to fix the situation.

“So now it comes out, conclusively, that the FBI BURIED THE HUNTER BIDEN LAPTOP STORY BEFORE THE ELECTION knowing that, if they didn’t, “Trump would have easily won the 2020 Presidential Election.”

This is massive FRAUD & ELECTION INTERFERENCE at a level never seen before in our Country.

REMEDY: ”Declare the rightful winner or, and this would be the minimal solution, declare the 2020 Election irreparably compromised and have a new Election, immediately!”

The gauntlet has finally been laid down.

No doubt, the media will continue its campaign of coordinated disinformation, claiming there is no evidence, the claims have been debunked and Americans should forget about the past and focus on the upcoming election.

But a growing number of people aren’t buying the media spin.

An October 2021 Rasmussen poll reported that 56% of respondents said: “It’s likely that cheating affected the outcome of the 2020 presidential election, including 41% who say it’s ‘very likely.’”

The situation is tense. Something will eventually give.

The system of checks and balances meant to address valid claims of cheating and fraud has broken down. Faith in the justice system is at an all-time low. People are sick of being lied to and gaslit. 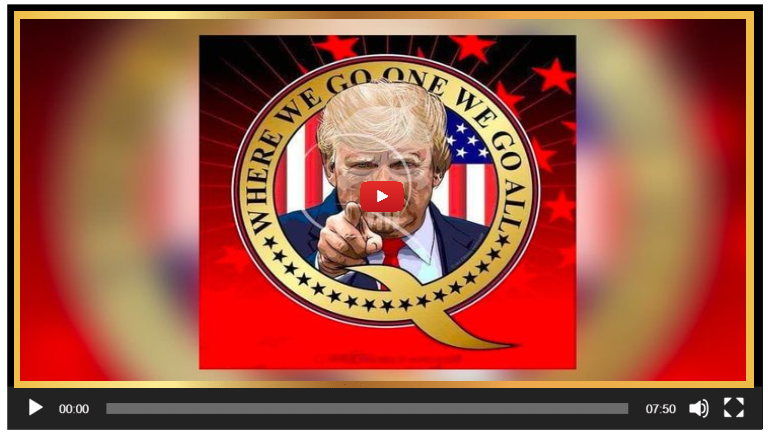 Fraud Election
Share. Facebook Twitter Pinterest LinkedIn Tumblr WhatsApp Email
Previous ArticlePRONTO! Pope Instructs ALL Vatican Entities to Move all Funds to Vatican Bank Before September 30 (You need to be prepared)
Next Article Are You Ready For The Revolution?