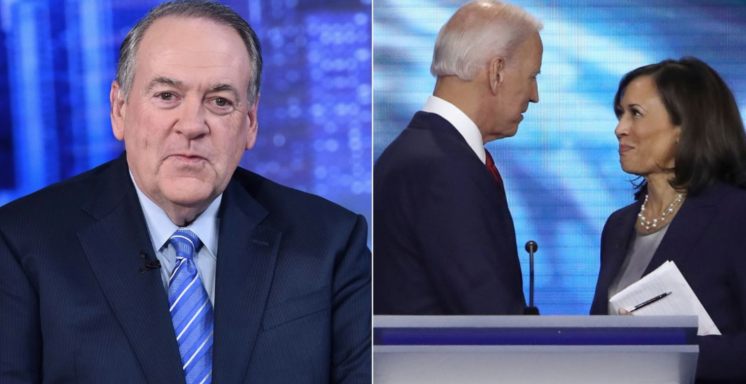 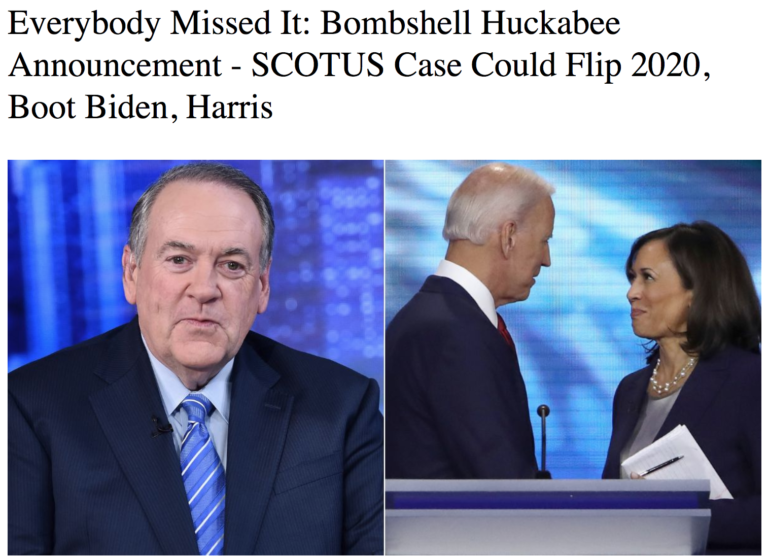 Former Arkansas governor and Republican presidential candidate Mike Huckabee published a piece recently calling attention to the case Brunson v. Adams set to be heard before the U.S. Supreme Court this week.What the plaintiff/appellant, Raland Brunson of Ogden, Utah, and his three brothers seek is nothing less than the removal of President Joe Biden and Vice President Kamala Harris from office, arguing members of Congress failed to fulfill their constitutional duty on Jan. 6, 2021 by not reviewing allegations of fraud in the 2020 presidential election.

“Sit down; I guarantee this Supreme Court story is real,” Huckabee wrote.

“The Supreme Court has agreed to a hearing for a case that could conceivably — PLEASE consider this the longest of long shots — overturn the election of 2020, throw out all the legislators who voted to certify the results and leave them ineligible to run for office ever again, even for town dogcatcher,” he explained.

The case was set for oral argument on Friday, Jan. 6, the second anniversary of the Capitol incursion.

The argument the Brunson brothers make in their lawsuit is that 388 lawmakers named in their court filing took an oath to support and defend the U.S. Constitution “against all enemies, foreign and domestic.”

Yet, they “purposely thwarted all efforts to investigate [allegations of fraud in the 2020 election], whereupon this enemy was not checked or investigated, therefore the Respondents adhered to this enemy.” 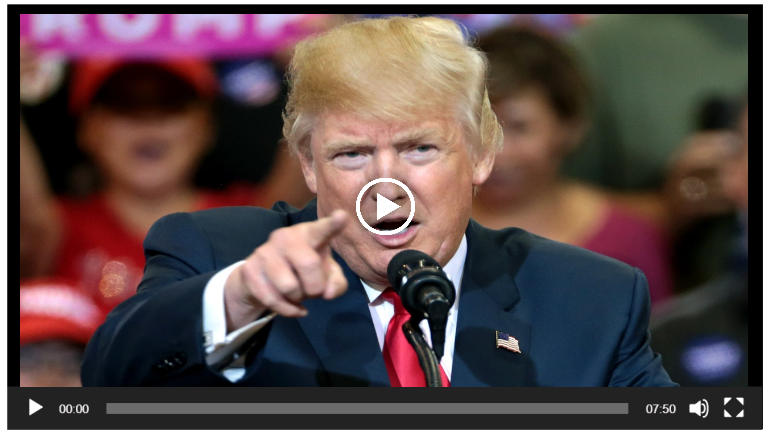 The Brunsons recounted in their petition to the Supreme Court, “On January 6, 2021, the 117th Congress held a proceeding and debate in Washington DC (“Proceeding”). This Proceeding was for the purpose of counting votes under the 2020 Presidential election for the President and Vice President of the United States under Amendment XII.”

“During this Proceeding over 100 members of U.S. Congress claimed factual evidence that the said election was rigged. The refusal of the Respondents to investigate this congressional claim (the enemy) is an act of treason and fraud by Respondents,” the brothers continued.

“A successfully rigged election has the same end result as an act of war; to place into power whom the victor wants, which in this case is Biden, who, if not stopped immediately, will continue to destroy the fundamental freedoms of Brunson and all U.S. Citizens and courts of law.”

So the Brunsons are targeting the process itself that took place during the certifying of the election on Jan. 6, 2021, not trying to prove the election was rigged or stolen.

Huckabee noted: “The argument in this case is that by not looking into serious allegations of election fraud, those who voted to confirm the results of the 2020 election broke their oath of office and are ineligible to run for any elected office again. To give you an idea of the scope of the potential fallout, Kamala Harris is in that group, and so is Mike Pence.”

In a commentary piece last month, Tim Canova — a constitutional law scholar and professor at Nova Southeastern University’s Shepard Broad College of Law in Florida — offered his assessment as to why the Supreme Court took up the case, which had been dismissed at the federal district court level in February without going to trial.

“It seems astounding that the Court would wade into such waters two years to the day after the Congressional vote to install Joe Biden as President. But these are not normal times,” Canova wrote.

He pointed to the criminal referral by the Jan. 6 committee for President Donald Trump and the FBI’s collusion with Twitter and Facebook to suppress the Hunter Biden laptop story during the 2020 election, in violation of the First Amendment, as examples of the unusual season the country is passing through.

“Supreme Court Justices may well see these approaching storm clouds and conclude that the Court’s intervention is necessary to prevent larger civil unrest resulting from constitutional violations that are undermining public trust and confidence in the outcomes of both the 2020 and 2022 elections,” Canova contended.