History has a tendency to repeat itself. As memory fades, events from the past can become events of the present.History repeats itself and flows based on the generations.

The 1918 Spanish flu pandemic, the deadliest of its kind in history, affected one in four people worldwide and claimed 50 million lives.

The unprecedented carnage of World War I accounted for some 20 million deaths between 1914 and 1918, leaving the world in a state of shock unlike anything seen before. But as the war was ending, another global cataclysm was underway. And though the Spanish flu pandemic of 1918 may not be as widely known, it killed perhaps three times the amount of people that the Great War ever did.

How Herbs Used in the 1918 Flu Pandemic Can Be Effective Today-Watch the video below:

The H1N1 influenza known as the Spanish flu swept the globe throughout 1918 and ultimately affected more than one-fourth of the world’s population. It spread to the farthest reaches of the planet — from the Arctic to the remote islands of the Pacific — and claimed upwards of 50 million lives worldwide (though some say as many as 100 million).

By the time the worst of it ended in late 1918, it was the worst outbreak of its kind in human history. Nevertheless, experts still aren’t clear on exactly why the Spanish flu was especially deadly or even where it first started.

What we do know is that World War I only exacerbated the spread and mortality of the disease, though world leaders tried to downplay the flu’s effects in their own countries in order to not seem weak during wartime. But after the war ended and in the decades since, the true history that came to light about the Spanish flu pandemic indeed showed what a historic tragedy it truly was.

“Death Was There All The Time”: The Spanish Flu Sweeps The Globe

Men bury victims of the Spanish flu in Labrador, Canada in 1918.

Despite the scores of studies that attempted to make sense of the 1918 flu pandemic after the fact, experts were never able to determine for certain where it started.

One prominent theory is that it began at a British army base in France, while another — albeit disputed — theory is that it started in northern China and was carried to Europe by Chinese laborers. Yet another noteworthy theory is that it originated in Kansas, where some of the first cases were noted in very early 1918.

Regardless of where it started, the Spanish flu spread quickly starting in the winter of 1918. With many of the early outbreak points being military bases, troops carried the disease across the Atlantic and throughout Europe as armies were deployed for World War I.

Red Cross workers on the job in Washington, D.C. during the Spanish flu epidemic of 1918.

Troop movements, new modes of transportation (automobiles and planes, for starters), and easy transmission via coughing and sneezing allowed the Spanish flu to spread with ease. And once you were infected, you could experience standard flu symptoms fever and aches — but perhaps also a deadly form of pneumonia in which the patient’s “lungs filled with bloody fluid. They choked on the pinkish froth as they gasped for their last breath.”

In the end, death rates were about 2.5 percent and a total of 50 million are believed to have died. 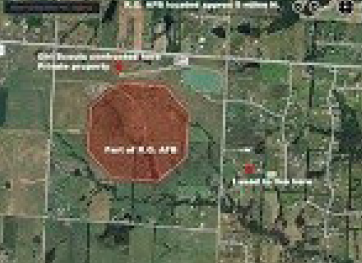 The PITESTI Experiment | Most Terrible Act Of Barbarism In The...

Forget Yellowstone | A New Supervolcano Is Brewing Under Massachusetts

HAARP: Weather Control – A Terrifying Look at The Control of...

Dead at 96, Romanian King Michael I Leaves a Legendary Watch...