How the Entire World is Owned by One Single Corporation 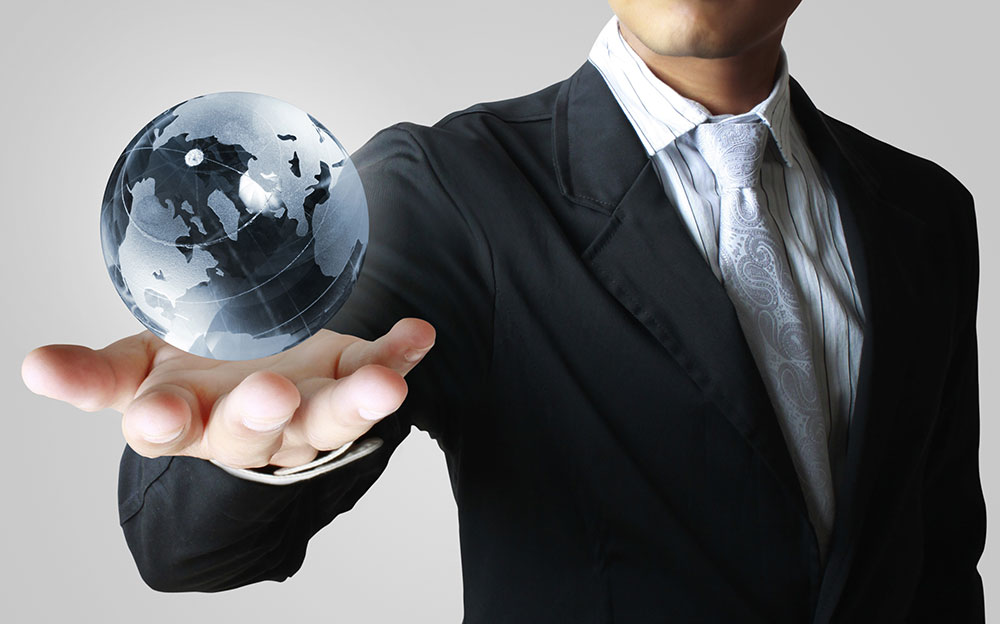 How the Entire World is Owned by One Single Corporation

In our world we see millions of brands, names, logos that all seem to compete with one another. There are countless corporations offering different services in clothing, food, travel, technology, agriculture, finance, medicine, and so on.

For example, Pepsi Cola and Coca Cola are two major competitors in the field of soda drinks, right? WRONG!

Samsung and iPhone are two gigantic competitors in the field of smartphones, right? WRONG!

We have Mac and PC computers, the ultimate example of two rivals competing for the largest market share of personal computers, right? WRONG!

And then we have Facebook and Twitter, competing fiercely for the largest audience in social media, right? WRONG!

None of these corporations compete with one another. That’s only the surface image for unsuspecting consumers like you and me, who are fooled by the different brand names. Sure, these brands once competed in a distant past, but the stage has long since been reset.

Today, all those major brands that seem to compete are essentially owned by one and the same corporation: Vanguard. You can see this for yourself on-screen in MONOPOLY.

Vanguard is the one entity in the world that virtually owns all the big industries of the world, be it pharmaceutical, news media, insurance, hospitals, technology, travel, food, mining, gas, oil, banking, and so on.

This means that almost everything you eat, drink, dress with, sleep on, drive, travel with, read, watch, listen to, communicate with, work from, and so on is all owned by the same very small group of mega-wealthy individuals.

They have an effective MONOPOLY worldwide on virtually everything. 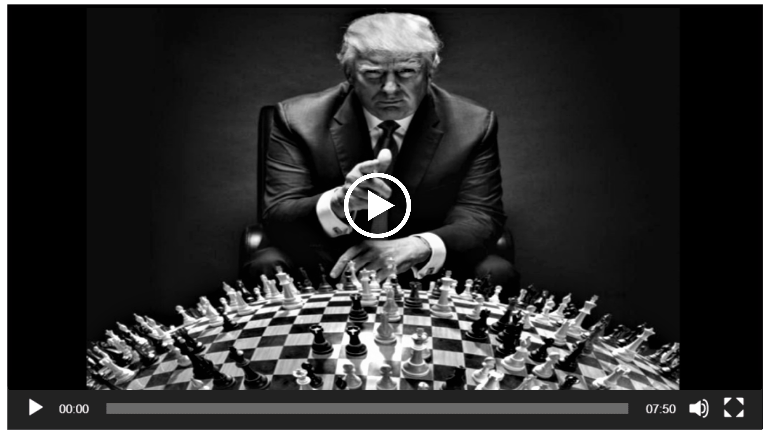 This has been their strategy for decades:

That’s how they were able to control all hospitals, health insurance, news media, etc. during the pandemic.

To put it simply: during the pandemic, one man who is at the top of this financial monopoly worldwide only had to say one word, and all the news media, all the major hospitals, all the insurance companies, all the airlines, all the hotels, and a thousand other companies all jumped to obey this command.

Even most nations, who are officially structured as for-profit corporations (!), and therefore effectively owned by these same entities, have to jump to the command of their “Big Boss”.

What was the command?

I am simplifying the situation now, as there are several families who collectively own Vanguard (and BlackRock, who sits right under Vanguard), but still that is in essence what it boils down to. One corporation virtually owns the entire world as we know it. That enables a tiny group of people to manipulate all of humanity to do whatever they want.

It is exactly what we have observed during the pandemic: all over the world physicians saving lives of patients were fired from their hospitals, and the use of effective treatments was banned in virtually every nation of the world.

One command was given, and the millions of minions of Vanguard jumped to their feet to obey unquestioningly.

Many people can’t believe that a pandemic can be organized on a worldwide scale. But once you understand how the world is structured, and you see that one single entity owns almost everything worldwide, and you discern its hand in virtually every government, then you know that it is in fact very easy to pull off a worldwide pandemic and impose mass tyranny.

The criminal purpose of lockdowns

One of the purposes of the pandemic was to further increase the monopoly of this small group of people. They demanded lockdowns with intent to destroy millions of small businesses worldwide, so the billions of consumers would flock from these independent businesses to the mega corporations of these tyrants.

In practical terms: millions of small grocery stores had to close down for a year, leaving the entire world population to only get their food from the supermarkets that remained open and are owned by these criminals. They made trillions of dollars while the small businesses lost everything.

Interestingly enough, none of the mega corporations had to close down during the lockdowns. They all stayed open worldwide. Only the millions of small businesses were forced to close, despite having only a mere handful of customers per day, while the supermarkets have thousands of people crowding on top of each other, day after day.

The risk of infecting others is a thousand times greater in supermarkets than in any small business. Yet it was the local, independent shops that had to be closed. It doesn’t make any sense at all. Yet the mindless masses blindly and unquestioningly accepted this absurd insanity “for their safety”.

MONOPOLY confirms what was revealed by the top experts testifying in the GRAND JURY EVIDENCE: the world is under attack by a very small group of astronomically wealthy people, who collaborate to seize complete control over everything on earth that’s not fully in their hands yet. 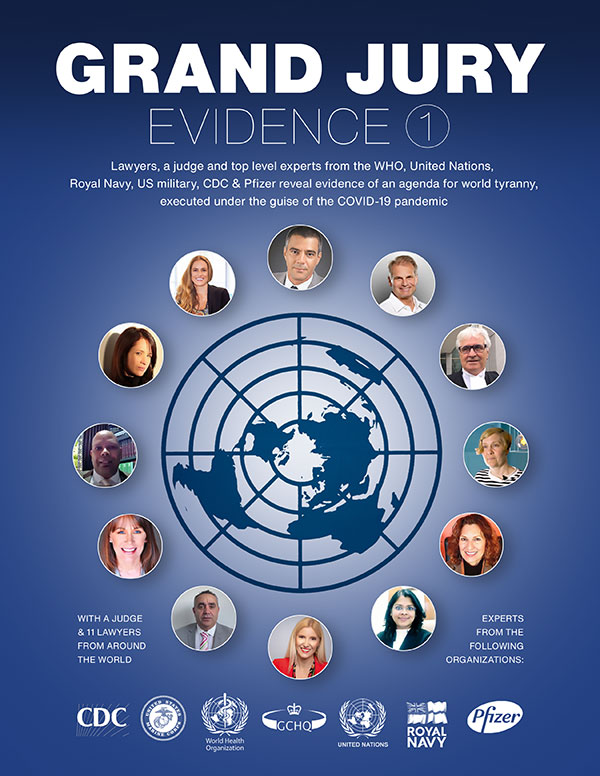 These financial tyrants are behind organizations like the World Health Organization, which is 100% owned and used by these criminals to execute their agenda of world domination, under the guise of health emergencies, which they fabricate using fraudulent testing, manipulation of data, suppression of cures, and mass psychosis through media fear mongering.

They are also behind the World Economic Forum and the United Nations, whose claim is improvement of the state of the world, while in fact their goal is to complete the total power grab over all of humanity, by demanding that all resources, all information, all governments, all power, all industries be handed over into their cruel, greedy hands. How can we stop these tyrants?

What is the solution to this? Very simple: STOP PLAYING THEIR GAME! Stop going along with their criminal agenda.

Wake up the people of the world, by sharing this post, the film MONOPOLY, and the GRAND JURY EVIDENCE like crazy.

If you are a small business, don’t give in to their criminal manipulation; connect with other businesses and build networks that will resist.

As an example, in Australia, a brilliant initiative was established that allows the people to safely shop at a vast network of non-compliant businesses that do not require a vaccine status.

The people must step away from the big corporations and start shopping at local small businesses that are not – and never will be – owned by these psychopaths. Find farmers, ranchers, butchers, etc., and buy directly from them. It’s a million times healthier, and so much more fun.

Start your own small business!  Serve the local community with handmade, fresh, natural, unspoiled goods, excelling in quality far above the cheap, toxic crap that is offered by most of these mega corporations.

If you are a lawyer, then rise up to defend the people in your community.

If you are a judge, then defend justice instead of protecting criminals.

If you are a person of faith and prayer, then pray that this will all be exposed and brought to justice.

If you are financially enabled, then support those that protect humanity.

We can all do something: distribute flyers, place ads in newspapers, share on social media, send emails, talk to people.

Set up a public viewing of MONOPOLY

Organize public viewings of MONOPOLY for your community. For example, I received emails from a group of church pastors in Hawaii who organized public viewings of some of our most important videos, like THE BATTLE FOR HUMANITY. They gathered hundreds of other pastors to help wake them up.

We can all do this! Rent a place, set up equipment, advertise it on the local radio and in local newspapers, and show MONOPOLY to the people. It can cause tsunamis of awakening…

Invite law enforcement officers, lawyers, judges, commissioners, etc. Even if only two or three show up, once they see Monopoly, they can become the pebble that causes a rockslide of truth in your community.

People of the world, I am calling you to please rise up – for real, to stop being just an observer who criticizes and judges – and become the answer humanity needs.

All of us are born to be heroes. We all have the divine seed of courage and justice planted inside of us. Let’s do this!