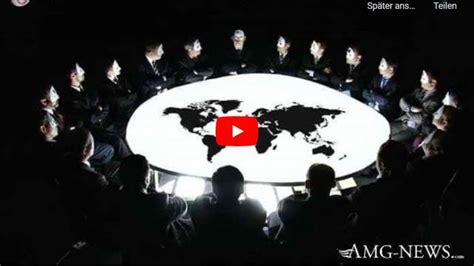 CAN YOU GROW FOOD IN A GEODOME GREENHOUSE IN THE WINTER?

This is an important question. The answer is – it depends. It depends on the cover of the greenhouse, additional heating, and the temperature you get in your area in the winter.

We are in growing zone 3a and can expect the temperature to drop to -40 degrees in the winter, too cold for any greenhouse.

Also, even though a GeoDome structure has an optimal light absorption, being so far north we would need grow lights to keep plants growing. We figured that it is not worth it. But I have started as early as March (our last frost day is end of May) in an unheated greenhouse with peas and greens.

I sprouted the peas indoors and then planted them. Additionally, I covered them with two extra layers of frost cloth.

Frost Blankets for Plant Cover & Winter Protection are great to use in the greenhouse. The peas grew! But instead of 50-55 days to maturity (according to the package), it took them about 3 months.

Also radishes, beats, and spinach did quite well. So think winter crops, plants that do not mind a bit of cold or even frost. See how different plants react to frost. Those cold loving plants will do well in an unheated greenhouse.

IS THE GEODOME GREENHOUSE STABLE IN WIND AND UNDER SNOW?

When winter storms are hitting, you want to be sure that your greenhouse can stand it. Also it’s not fun to go out and shovel snow off of the greenhouse. Our GeoDome had no foundation and we never worried about wind or snow. One morning it looked like this – hmm, an igloo in our back yard :). We took pictures and waited till the sun melted the snow off.

CAN YOU HEAT A GEODOME GREENHOUSE IN THE WINTER?

You sure can. Adding a additional heat trough for example a Propane Heater would work. We would not recommend adding a wood stove since heat will be needed in a weather, and at times when you don’t want to be in the greenhouse to heat that stove.

We used a Water Tank for passive temperature regulation and also an active heating and cooling system through a radiator. It worked very well till night temperatures dropped to about -10C (14F), lower than that there is a danger that the water freezes. Again, this would be different with a different greenhouse covering.

-Wood. We used untreated spruce lumber, and stained it before assembling. You could also use Douglas Fir which is more durable.
– Screws, about a pound
– Covering. We used greenhouse plastic that was given to us from a commercial greenhouse. Plastic from a commercial greenhouse can be easily reused on a dome, since there is not so much pressure on it, and it can last another 3-5 years. You can also cover the dome with greenhouse film, shrink film, or polycarbonate panels.
– Automatic window openers and hinges for the door and the windows.

The challenge with a 3V Dome is that the red struts at the bottom of the dome as shown above are 2.777% longer then all other red struts. Most plans on the internet do not do this little adjustment and end up with an uneven bottom. Sure, it is possible to level the foundation, but much easier to adjust the length of the 10 red struts on the bottom, always in between the pentagons.

Why did we go with 3V even though it is the more complicated version? We had a spot for an 18′ dome. To have that size in 2V would make the triangles too big and too small with 4V. If you want to avoid the problem of leveling in a 3V dome and have the space, go with a bigger size in 4V frequency!

CUTTING THE STRUTS:
First we had to cut the 2x6s to 2″ wide struts. Your lumber store might be willing to do this for you. Ideally, a radial arm saw is preferred because it can make very precise cuts, even compound cuts for each strut. We used a miter saw with the stops removed and it also did a good job – precision is key with timber struts. And because p

recision is important to us we went with the metric system. Here’s the link for our dome size: Acidome.ru

ASSEMBLE THE GEODOME GREENHOUSE:
First we built a 1 foot high pony wall. With a pony wall you will gain some height, especially for a small dome it can be very important. Some users make a pony wall up to 3 feet high.

Now we started assembling the dome. It’s a bit like playing Lego on a bigger scale, following the plan. The struts are all joined using a miter joint and are held in place by screws as indicated on the graphic below. We recommend to pre-drill all the holes so the wood does not split.

We assembled the top off the dome separately and installed it as one piece. It was a bit heavy and challenging.

Covering a dome can be tricky because of the shape. Cutting the plastic for 3 facets in a row worked the best.

Acidome also calculates nicely the size of the facets, which is especially important for more valuable coverings.With our recycled plastic cover we simply laid the struts on the plastic and cut the 2-3 facets approximately. Any overlaps we trimmed with a utility knife.

First we stapled the plastic to the struts and then used the 1 cm planks to hold it in place which also pointed out the structure of the GeoDome even more. We like it :). You can also see in the picture how sturdy the structure is!

DOOR AND WINDOWS:
We built the door right into a pentagon, as you see in the picture it has two vertical struts as door posts. We really like it that way. It does not interrupt the shape of the dome, which is perfect especially in winter with all the snow that just slides off the dome. It also allows us access to the dome even with snow still on the ground, and in the summer it gives us an additional opening at the bottom even if we have to close the door because of severe weather which is a bonus, too.

Our dome has two windows, both with Automatic Greenhouse Window Opener. However, if not using a cooling system, two windows are not enough. We built the door and the windows from the same struts as the structure and covered them with plastic.

HAY-BALE-GARDENING-POTATOES:YOU’LL NEVER GROW POTATOES ANY OTHER WAY AGAIN ! STEP BY...

IF YOU HAVE THIS PLANT IN YOUR HOUSE, YOU WILL NEVER...