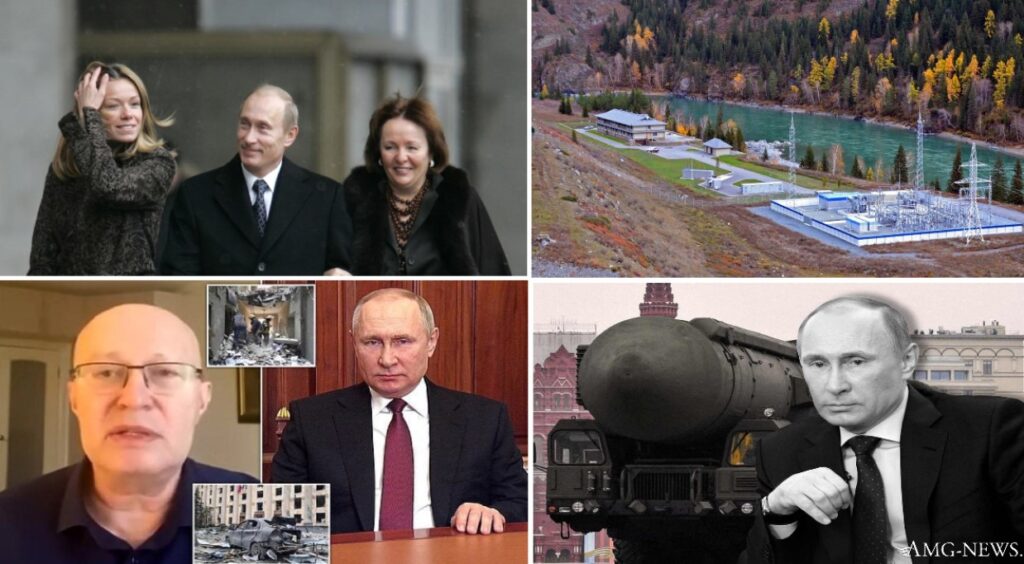 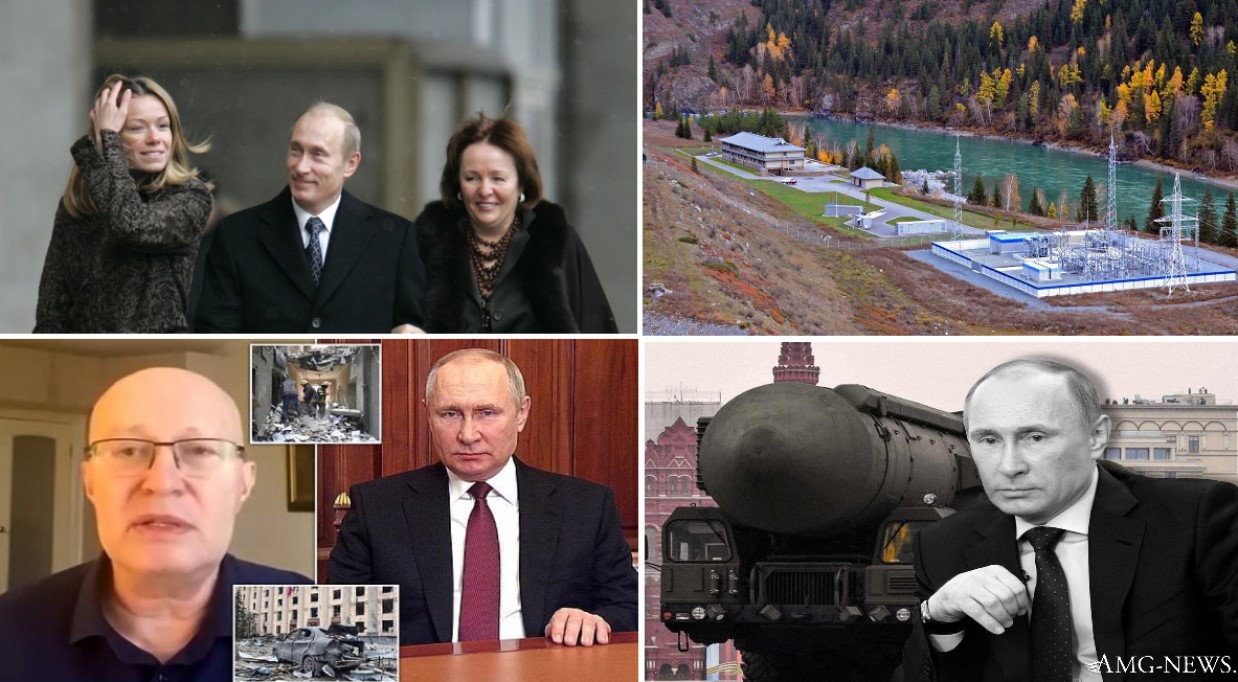 A Russian professor has claimed Vladimir Putin has hidden his family members in an “underground city” to protect them from the unfolding conflict.

Vladimir Putin has in recent days hidden his family members in an “underground city” in Siberia, according to a Russian professor.

The luxury hi-tech bunker is located in the Altai Mountains and was designed for protection in the event of nuclear war, said political scientist Valery Solovey, 61.

The claim comes as Russia is pounding Kyiv and Kharkiv with deadly rockets leading to accusations that Putin is committing war crimes in striking innocent civilians with “vacuum bombs”.

The academic has previously alleged Putin has medical problems hidden from the Russian public, and also claimed that the strongman and his defence minister Sergei Shoigu have taken part in bizarre secret shamanic rituals. 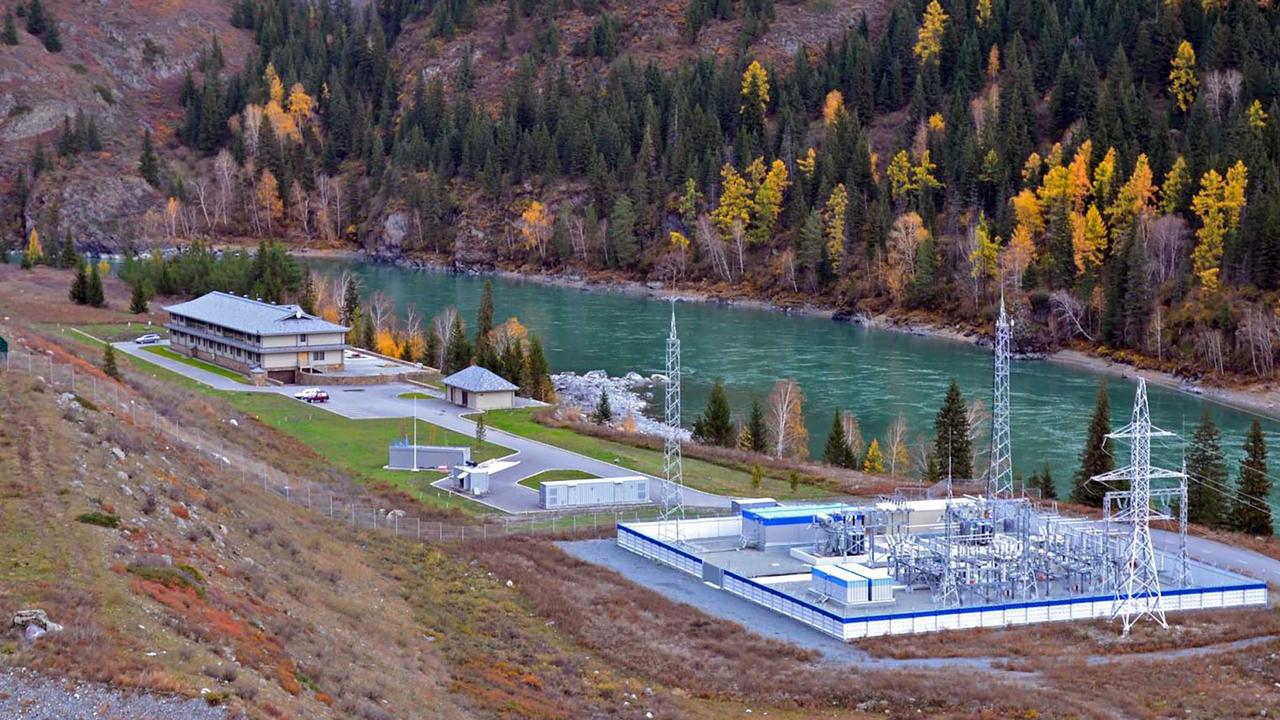 Vladimir Putin is reportedly hiding out in an ‘underground bunker’ in Russia’s Altai Mountains. The Picture: east2west

*Recommendations by the Department of Emergency Services and Public Protection offer the following tips that all residents take three simple preparedness steps: Get a kit, make a plan, and stay informed”.*– Watch This Free Video. 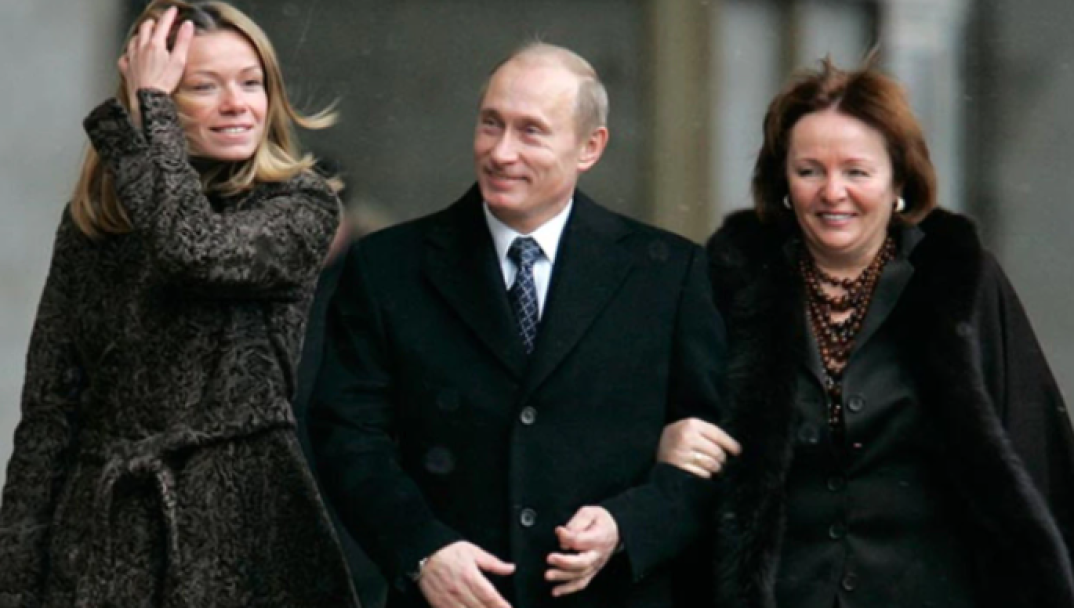 Putin with his wife Lyudmila (right) and his daughter Mariya Putina.

“At the weekend, President Putin’s family was evacuated to a special bunker prepared in case of nuclear war,” said the professor in a video.

“This bunker is located in the [mountainous] Altai Republic.

“In fact, it is not a bunker, but a whole underground city, equipped with the latest science and technology.”

He warned: “I hope this means something to you?

“That the President sends his family to this bunker.”

He did not identify Putin’s family members but has previously alleged Olympic Gold-winning rhythmic gymnast Alina Kabaeva, 38, as his secret spouse. 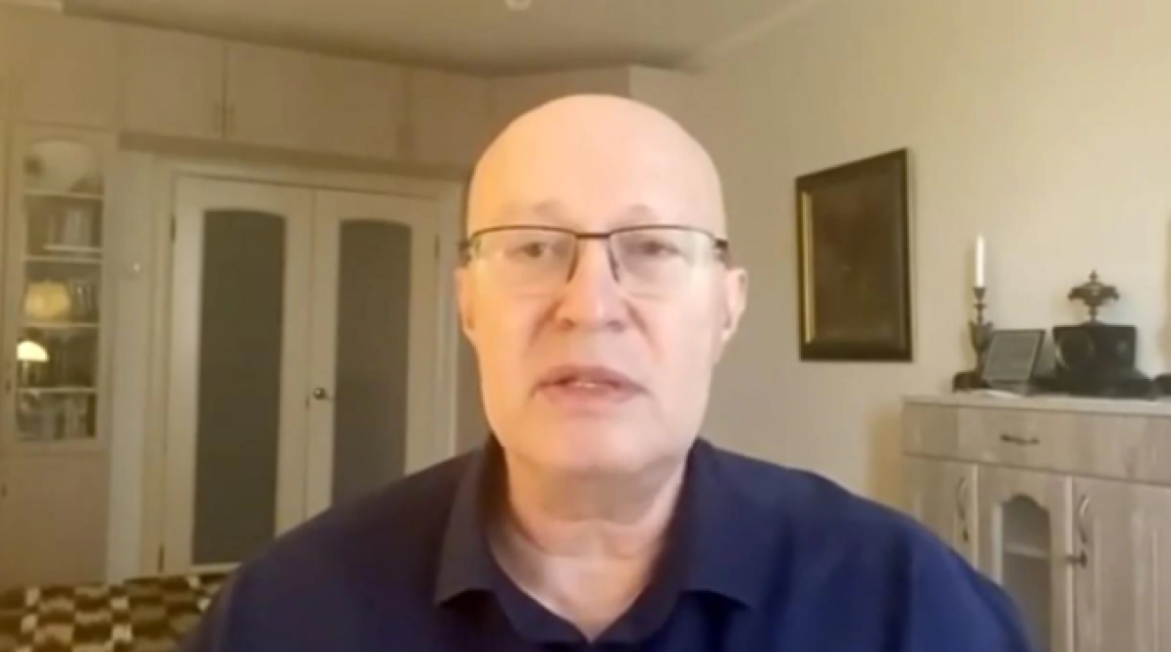 “This is his real family, and Alina is capable of influencing his decisions,” he said last year.

The claimed move of his family to the bunker came with a “failure” of Putin’s strategic plan to conquer Ukraine, said Solovey.

Putin had been hit by “extremely strong, united and very negative reaction of the collective West regarding Russian plans”.

“Putin had planned to declare the complete and indisputable military victory of Russian troops on the evening of Sunday, 27 February – and announce the end, or the near end of the so-called ‘special operation’,” he said.

“As you know, not a single target of Russia’s invasion in Ukraine was reached.”

► This is ‘The Safest House in America’: Bulletproof Home Defense. Watch the video below: 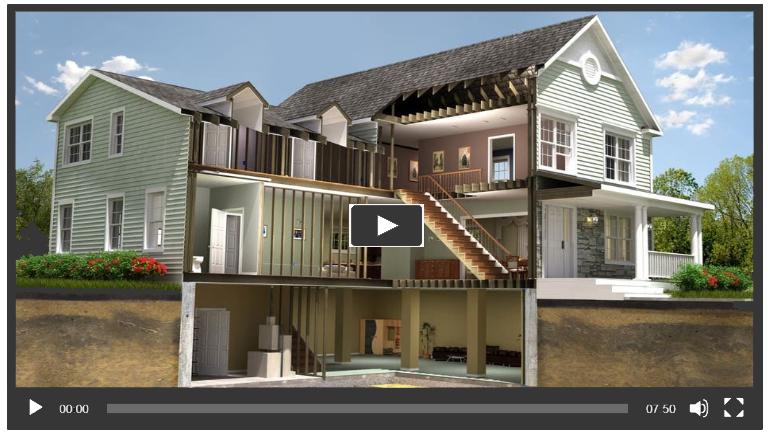 Solovey, who claims to have insider contacts in the Kremlin, is believed to be referring to a sprawling mountain dacha built ostensibly by energy behemoth Gazprom around a decade ago in the Ongudaysky district of the Altai Republic, a region of Siberia bordering Mongolia, China and Kazakhstan.

Observers have noted multiple ventilation points in the grounds surrounding the mountain hide-out, and a high voltage line linked to an ultra-modern 110 kilovolt substation, enough to power a small city.

During construction, vast German tunnel diggers were reported to have been at the site.

Some in Moscow dismiss Solovey as a conspiracy theorist or hoaxer, but he was last week held for a seven hour interrogation apparently linked to a Telegram site he runs which has made multiple allegations about Putin’s medical and mental condition. 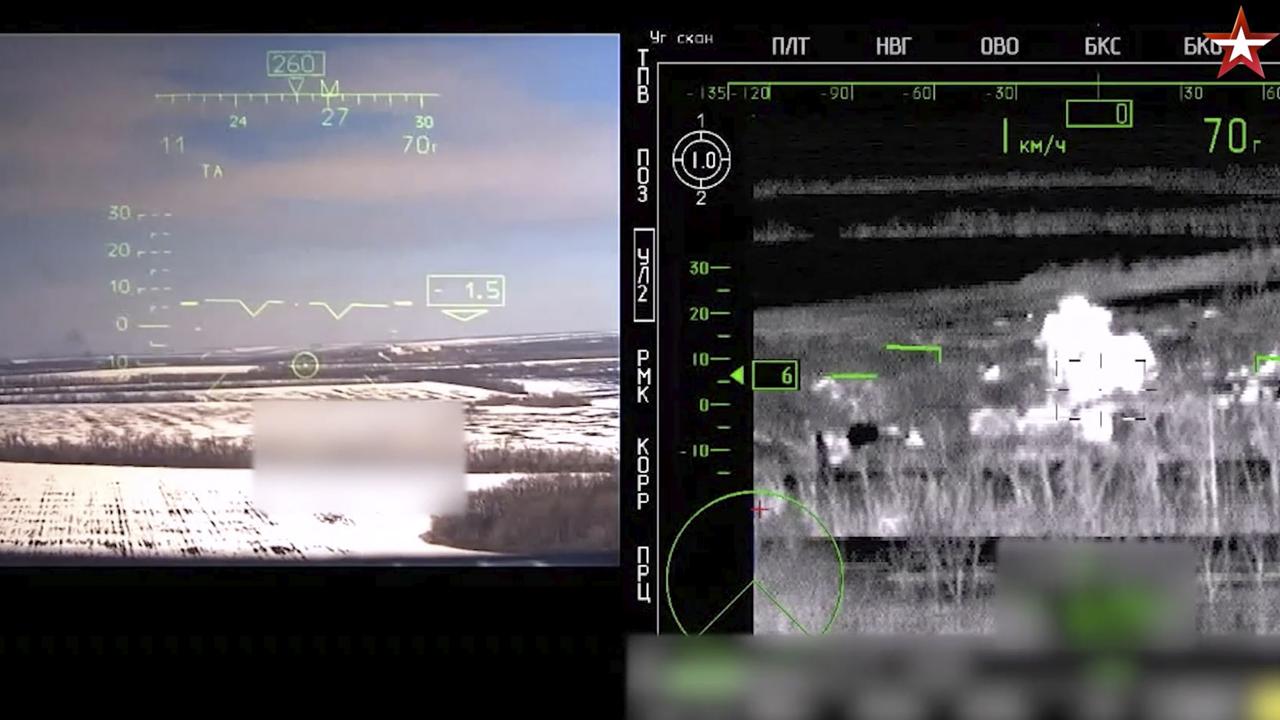 Formerly a professor at Moscow State Institute of International Relations (MGIMO) – attended by future top diplomats and spies – he was subsequently released but the case is not closed.

His home was searched and multiple electronic items were seized.

One of his more startling claims was that Shoigu arranged for Putin to attend a shamanic ritual in Siberia which involved the sacrifice of a black wolf in a rite to improve the president’s health.

Shoigu is currently in personal control of Russia’s military operation in Ukraine.

“A piece of white fabric was soaked with the wolf’s blood and burned,” said an anonymous Telegram channel General SVR linked to Solovey in September 2021.

“They allegedly saw a black raven in the smoke that circled for a long time.

“For some reason, this sign was explained to Putin as a great success.”

Quizzed over his claims that Putin had a serious illness, strongly denied by the Kremlin, Solovey said: “I do not use the expression ‘terminally ill’ and I have never used it.

“I use a euphemism: personal circumstances of compelling force.”

He has suggested in the past Putin was suffering from early stage Parkinson’s disease, and that he has a secret life-threatening illness, but has not produced proof for his assertions.

He is also reported to have a daughter Luiza Rozova, a 18-year-old heiress also known as Elizaveta Krivonogikh, from a previous relationship with cleaner-turned-multi-millionaire Svetlana Krivonogikh, 45, now a part-owner of a major Russian bank.

Unconfirmed rumours denied by the Kremlin say he has children with Kabaeva.

Putin has previously said: “I have a private life in which I do not permit interference. It must be respected.”

Kabaeva is on record as saying she had met an unnamed man who “I love very much”, gushing: “Sometimes you feel so happy that you even feel scared.”

Accounts of Russian losses veer between 700 and a Ukrainian claim of 4,500 in the initial days of fighting.

► Fire and Fury: On the Verge of WWIII – The United States of America, is on the verge of war… And It’s Just Around The Corner. Video Below: 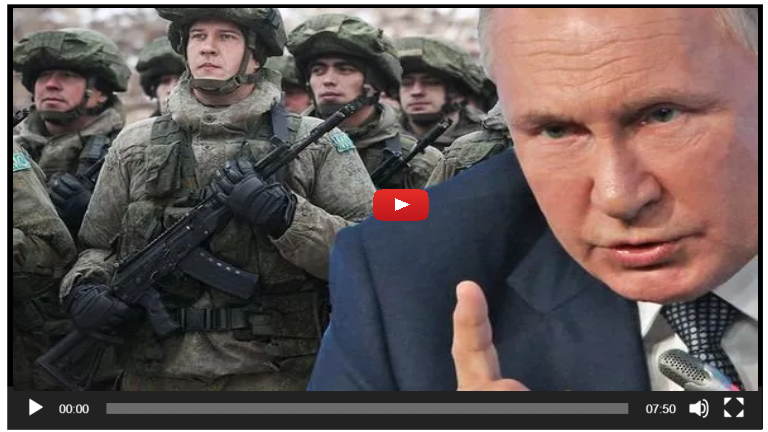 “A total of 311 tanks other armoured military vehicles, 42 aeroplanes and helicopters (including some on the ground), 51 multiple launch rocket systems, 147 field artillery weapons and mortars, and 263 specialised military vehicles have been destroyed,” said Defewncew Ministry spokesman Igor Konashenkov.

In new videos from Ukraine, one highlights a massive blast in Kyiv.

Another shows chronic damage from a blast in Akhtyrka as rescuers look for survivors.

A video shows Russian strikes against the town of Bila Tserkva.

Screen recording show the use of terrifying sophisticated weaponry in the pinpoint attacks.

And Chechen leader Ramzan Kadyrov highlighted forces from his region fighting in Ukraine.

Many are seeking to withdraw US dollars or euros. 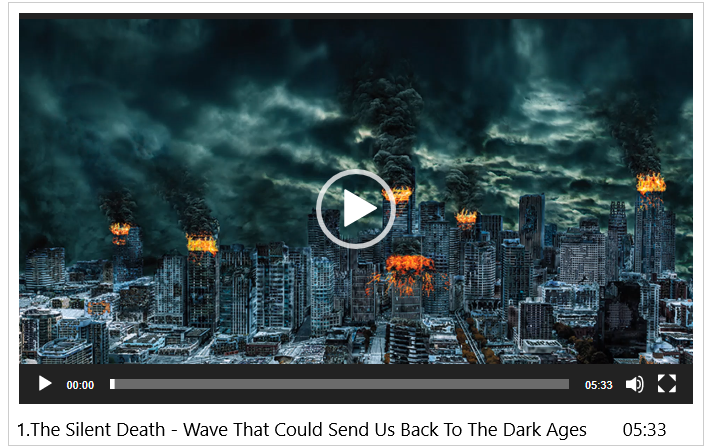