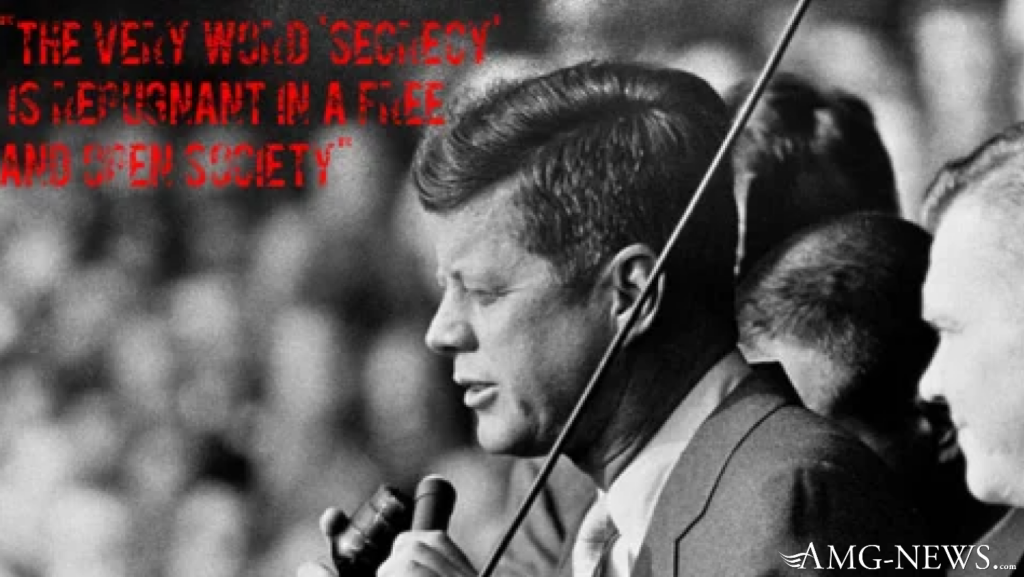 “An error doesn’t become a mistake until you refuse to correct it… The very word “secrecy” is repugnant in a free and open society; and we are as a people inherently and historically opposed to secret societies, to secret oaths and to secret proceedings. We decided long ago that the dangers of excessive and unwarranted concealment of pertinent facts far outweighed the dangers which are cited to justify it.

Even today, there is little value in opposing the threat of a closed society by imitating its arbitrary restrictions. Even today, there is little value in insuring the survival of our nation if our traditions do not survive with it. And there is very grave danger that an announced need for increased security will be seized upon by those anxious to expand its meaning to the very limits of official censorship and concealment…

For we are opposed around the world by a monolithic and ruthless conspiracy that relies primarily on covert means for expanding its sphere of influence—on infiltration instead of invasion, on subversion instead of elections, on intimidation instead of free choice, on guerrillas by night instead of armies by day.

It is a system which has conscripted vast human and material resources into the building of a tightly knit, highly efficient machine that combines military, diplomatic, intelligence, economic, scientific and political operations… Its preparations are concealed, not published. Its mistakes are buried, not headlined. Its dissenters are silenced, not praised. No expenditure is questioned, no rumor is printed, no secret is revealed….

….Without debate, without criticism, no Administration and no country can succeed—and no republic can survive. That is why the Athenian law-maker Solon decreed it a crime for any citizen to shrink from controversy. And that is why our press was protected by the First Amendment—the only business in America specifically protected by the Constitution—not primarily to amuse and entertain, not to emphasize the trivial and the sentimental, not to simply “give the public what it wants”—but to inform, to arouse, to reflect, to state our dangers and our opportunities, to indicate our crises and our choices, to lead, mould, educate and sometimes even anger public opinion.

This means greater coverage and analysis of international news—for it is no longer far away and foreign but close at hand and local. It means greater attention to improved understanding of the news as well as improved transmission. And it means, finally, that government at all levels, must meet its obligation to provide you with the fullest possible information outside the narrowest limits of national security… And so it is to the printing press—to the recorder of man’s deeds, the keeper of his conscience, the courier of his news—that we look for strength and assistance, confident that with your help man will be what he was born to be: free and independent.”