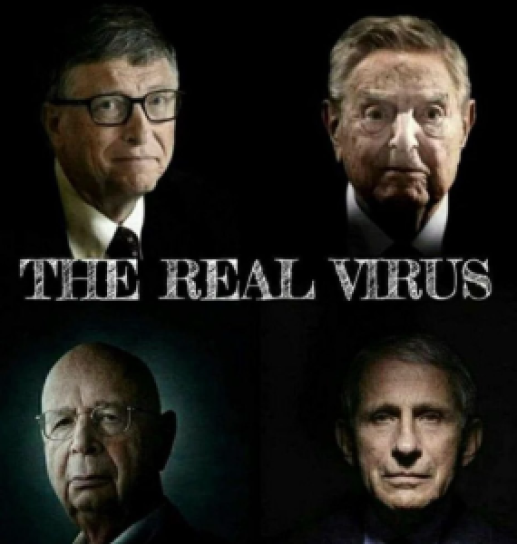 There was big global news coming out of the World Economic Forum (WEF) in Davos, Switzerland, and it’s not the usual tyrannical pompous crap you are used to hearing about. The finance minister of Saudi Arabia signaled death of the petrodollar was officially announced.

Mohamad Al-Jadaan said the Kingdom is open to settling trade in currencies other than the dollar. Oil trade has been exclusively done in U.S. dollars since the early 1970’s, and this is a big reason why the dollar became the world reserve currency. This move may not actually kill the dollar, but it will hurt its buying power. You have been warned.

The optic at WEF has never been worse. The conference attendees are being openly mocked by everyone from to Elon Musk to FOX News. Is this showing the world that the WEF is not as important as it thinks, or is every one of the so-called “useless eaters” finally getting wise to the pompous tyrants who think they are running the world?

They act more like demons than caring people trying to save the world. It’s the most disrespectful coverage I have ever seen of the WEF, and rightly so. Now, organizations like Rebel News are running down the elite at Davos, such as Pfizer CEO Albert Bourla. Rebel News reporters confront Bourla about his ineffective and deadly CV19 vax. It’s amazing reporting, and bravo, Rebel News. Enjoy the embedded video below:

Finally, forget all the good news you are hearing about the economy because the real news, without the spin, is telling you to get ready for a massive economic downturn. There is the new debt ceiling fight, record high unpayable credit card debt, more big layoffs at big banks and economist John Williams of Shadowstats.com warning of a “new and significant recession” that is already here.

There is more in the 36-minute newscast.

Davos
Share. Facebook Twitter Pinterest LinkedIn Tumblr WhatsApp Email
Previous ArticleBIG BROTHER: Without a Warrant, The US Government Illegally Collected Information on Financial Transactions
Next Article Prepare for a Protracted Economic Downturn While the War Against Trump and the Died Suddenly… Continues