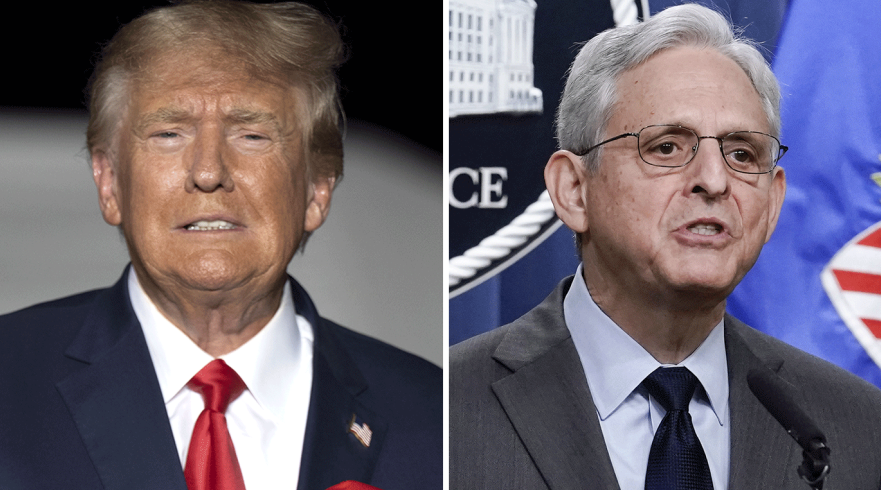 Republican aides and strategists privately expect Attorney General Merrick Garland to pursue an indictment of former President Trump within 60 to 90 days after Election Day, predicting the window for prosecuting Trump will close once the 2024 presidential campaign gains momentum.

Republican aides on Capitol Hill and veteran party strategists emphasize they don’t have any inside information on what Garland might do, but they say the attorney general is under heavy pressure from Democrats to act and the deadline for pursuing an indictment is fast approaching.

GOP aides also warn that an indictment of Trump by the Biden administration would further polarize the nation and likely strengthen Trump’s support from the Republican Party’s base as the former president and his allies would frame the Department of Justice’s prosecution as a political witch hunt.

“A couple of weeks after the election, I assume that Garland will indict Trump,” said one veteran Republican aide, expressing a sentiment shared by several other GOP aides and strategists.

A second Republican aide warned an indictment “could actually end up helping the [former] president politically.”

“People have been talking about splintering support and dampening enthusiasm among Republican voters for him. An indictment could actually galvanize and reunify Republicans around him,” the aide said, predicting the Republican backlash to an indictment would be stronger if Garland brings an indictment later in the 2024 election cycle.

“There’s a substantial risk in waiting,” the source added.

Republican aides and strategists point out the party base quickly rallied behind Trump after the FBI raided his Mar-a-Lago estate in early August.

Before the FBI raid, Trump had mulled announcing his 2024 presidential campaign well before the midterm election as it appeared he was losing support among Republican voters to Florida Gov. Ron DeSantis.

But GOP aides on Capitol Hill believe any anxiety Trump might have felt about losing relevance with the GOP base was ameliorated after it rallied around him in August in response to the FBI’s action.

The backlash will be stronger if Garland brings an indictment once Trump’s expected 2024 presidential campaign is up and running, they warn.

The second Republican aide said “the decision Garland has to make is really tough,” saying that he has a strong potential case to charge Trump with violating Section 793 of the Espionage Act for taking highly classified government documents to Mar-a-Lago. At the same time, the aide warned that any prosecution would “plunge the country which is already so divided … into a potentially precarious situation.”

Garland has played his cards close to the vest, showing little indication of whether he will charge the former president. But the FBI’s raid in August made clear he is willing to investigate him.

There are actually two different investigatory probes that could lead to indictments of Trump.

One is related to the documents taken from the White House and found at Mar-a-Lago, while the other concerns the Jan. 6, 2021, attack on the Capitol.

Related: Martial Law Will Be Impose Soon! The Truth About the January 6th Capitol Riot Revealed: Egregious Crimes by Police, Including Murder, Assault & Entrapment on a Massive Scale

While many Democrats would like to see Justice charge Trump for inciting the Jan. 6 attack, Jeffrey Robbins, a former federal prosecutor, said federal prosecutors’ strongest case would be to indict Trump for violating the Espionage Act in connection to the Mar-a-Lago documents.

“I think that the Espionage Act violations are relatively straightforward, even self-evident, and that the Department likely already has substantial evidence of obstruction of justice,” he said.

GOP aides and strategists warn there’s a risk of political violence in response to any indictment against Trump. The former president warned last month that if the Department of Justice indicts him, “you’d have problems in this country the likes of which perhaps we’ve never seen before.”

“I don’t think the people of the United States would stand for it,” he warned.

The former president hasn’t made a formal announcement of his decision but has given every indication that he will launch another bid for the White House next year.

“If a thing like that happened, I would have no prohibition against running,” he said.

A spokesperson for Trump did not respond to a request for comment.

Vin Weber, a Republican strategist, said it would be a “bad idea” to indict Trump because it would sow more political discord into a deeply divided nation, and waiting well into the 2024 election cycle would only make it worse.

“I think an indictment is a bad idea, but I think that Garland is under such political pressure by the Democratic left that it may well happen,” he said.

“I don’t think it’s a good idea and I don’t want to be misinterpreted as supporting [it.] If it’s going to happen, though, it should happen as soon after the [midterm] election as possible because it complicates everybody’s plans: Biden’s plans, Trump’s plans, every other Republican’s plans,” he said.

“If this is going to happen, it’s not in anyone’s interest to prolong this process until the presidential process for ’24 is underway and drop this like a bomb into the middle of an already established presidential field,” he added.

Some legal experts agree that Garland needs to act soon if he intends to prosecute Trump to minimize the appearance that the Department of Justice is acting from political motivation.

“I think that the department will strive to bring an indictment as soon as it can consistent with other constraints, in order to at least minimize the ‘legs’ on the inevitable barrage of charges it will face that by indicting the former president it is interfering with an upcoming presidential election,” said Robbins.

He said the Justice Department “will face a storm of such criticism whenever it acts, but doing so as soon as possible at least provides some defense, however limited, against that inevitable criticism.”

Robbins said Garland has good reason to postpone the announcement of an indictment until after the 2022 midterm election because otherwise it would immediately become the top political issue in Senate and House races around the country.

“Had he indicted right before the midterms it truly would have rocked the indictment with criticisms that there had been a violation of the de facto policy within the DOJ” not to launch prosecutions of political figures within two or three months of an election and “really would have undercut the credibility of the indictment and in addition could very well have affected the midterms,” he added.

But other prominent legal experts don’t think Garland needs to announce an indictment within the next 60 to 90 days since the first contest of the Republican presidential primary won’t take place until January 2024.

“I doubt the timing of the midterm elections has much to do with the timing of any indictment of Donald Trump,” said Barbara McQuade, a law professor at the University of Michigan and a former federal prosecutor.

“The next time he will appear on the ballot, if ever, will be in the 2024 primary elections, which begin in January of 2024. The DOJ policy would not come into play until 60 days or so before that date,” she said.

Faced with mounting political pressure on both sides, Garland has stayed tight-lipped about prosecuting Trump. He did reveal in August, however, that he “personally” approved the raid on Mar-a-Lago.

“Upholding the rule of law means applying the law evenly without fear or favor,” he said in August.