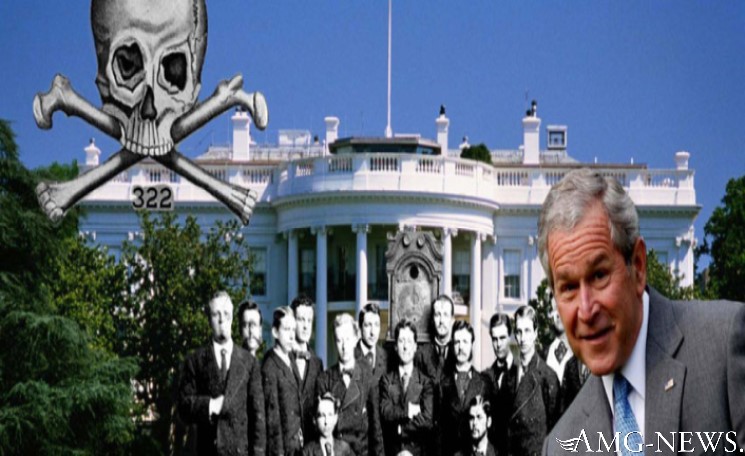 The world is in the malignant grip of a satanic cult. People recoil at the suggestion but proof stares us in the face every day. George W. Bush, President of the “Free World” is a member of “Skull and Bones” a chapter of the Illuminati order. His father, grandfather and uncle are also members.

In his autobiography, “A Charge to Keep” Bush writes, “My senior year I joined Skull and Bones, a secret society so secret I can’t say anything more.” In Aug. 2000 he said his “heritage is part of who I am.”

Isn’t this a conflict of interest?

Can a man hold any public office, let alone the most important, and belong to a “secret society”? If this society were benign, would it have to be secret?

What a secret society it is! The Illuminati is the hidden hand behind all modern cataclysms, including the French and Russian Revolutions, Communism, the Depression and Nazism. To affect the course of history only takes money. The people behind the Illuminati have plenty.

It’s time we faced reality. Murphy’s Law applies to humanity. “If it can go wrong, it will.”

It has. The world is ruled by a satanic cult.

► Watch Now: Trump Frightens The GOP Illuminati – THE DRAINING OF THE SWAMP, and it runs VERY DEEP.

THE ILLUMINATI AND THE SKULL & BONES 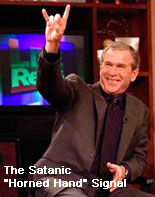 The Illuminati originates in the Jewish Kabala, Babylonian mystery cults, the Templars, Freemasons and assorted interests dedicated to Satan worship and absolute power. On May 1 1776, Adam Weishaupt, a professor at the University of Inglestadt in Germany, founded “The Order of the Illuminati.”

Many people believe Weishaupt was sponsored by Prince William of Hesse Casel and his banker Meyer Amschel Rothschild, the wealthiest man in the world.

The Illuminati’s goal was to destroy Western Civilization and to erect a new world order ruled by them. Its method was to dissolve all social ties (employer, nation, religion, race, family) by exploiting social discontent and promising a golden age of “human brotherhood.” This is now called “globalization.”

Attracted by the promise of power and change, people served without realizing who or what they were supporting. Weishaupt urged his followers to “practise the art of counterfeit.” New recruits were told the Illuminati expressed the original spirit of Christianity. Weishaupt marvelled that even churchmen could be gulled. “Oh! Men, of what cannot you be persuaded?” (Nesta Webster, World Revolution, 1921, p. 27)

The Illuminati had a hand in every so-called “progressive” movement of the past 200 years. Women, said Weishaupt, were to be enlisted with “hints of emancipation.” They “can all be led toward change by vanity, curiosity, sensuality and inclination.” (Webster, 29)

William Huntington, an American who had studied in Germany, founded the “Skull and Bones” (Chapter 322 of the Bavarian Illuminati) at Yale University in 1832. The members wore a death’s head on their chests and were sworn to secrecy on pain of death. “The Order” became the preserve of the leading New England families, many wealthy from the Opium trade. These include the Whitneys, Tafts, Buckleys, Lowells, Sloans, Coffins, and Harrimans. The Bush family was dependent on these interests.

THE BATTLE IS NOT BETWEEN LEFT AND RIGHT 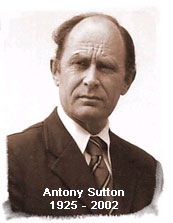 In the 1960’s British-born Dr. Anthony Sutton was a Fellow at Stanford’s Hoover Institute when he discovered that, in spite of the Cold War, the US was supplying the USSR with its technology, including weapons used against American soldiers in Vietnam. Sutton dug deeper and discovered that Wall Street had sponsored both the Bolshevik Revolution and the rise of Nazi Germany. The resulting books which are on line cost Dr. Sutton his academic career.

In 1983, Dr. Sutton received a list of Skull and Bones members and immediately recognized the names of many men who controlled American policy. He published a book entitled “America’s Secret Establishment: An Introduction to the Order of Skull and Bones” (1986). He updated and republished this book just before his death last June at age 77. Here are some of his conclusions. 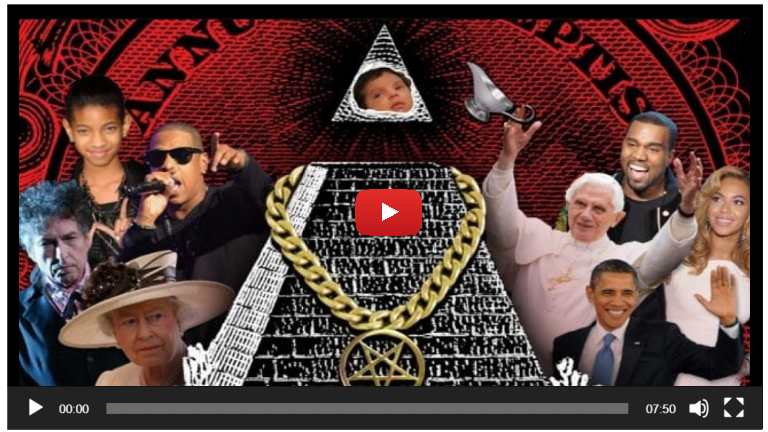 Bizarre as it sounds, our world is the product of a multi generational satanic conspiracy (Believe me I would give everything I own to be wrong).

When we compare this disturbing conclusion with the comforting picture purveyed by Illuminati controlled-mass media and education, we experience “cognitive dissonance,” or psychological stress. This is usually resolved by evading reality, dismissing it as “conspiracy theory.”

One reader, stirring in his sleep, wrote: “You sir are T-TOTALLY the biggest story teller I have ever heard. If I ever get really bored I will read some of your concockions.”

In fact, conspiracy is very plausible. People who control a grossly disproportionate share of the world’s wealth will take measures to consolidate their position. They will destabilize the public by inciting a series of wars and other mind-boggling hoaxes (communism, lesbian feminism, multiculturalism). They will subvert faith in a loving God and promote violence and depravity (Satan) instead.

The government-inspired 9-11 atrocity proves a satanic cult controls the US. Bush and his accomplices are criminals, traitors and impostors. But don’t look to the Democrats for salvation. Leading contender Sen. John Kerry is also Skull and Bones (Class of 1966.)

The “War on Terror” is obviously designed to forestall domestic opposition and condition people to further subjugation and new world order. What can we do?

Antony Sutton had it right when he said opposition should be individual in character. It should “take ten thousand or a million forms.”