URGENT: Russia Formally Declares Detonation of “Dirty Bomb” By Ukraine will Be Viewed as “Nuclear Terrorism” 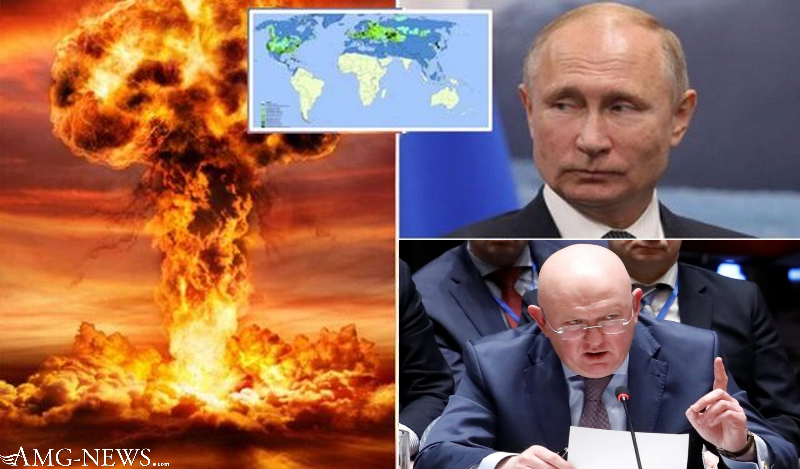 The Russian Permanent Representative to the UN, has formally notified the UN Secretary General, in writing, that Ukraine’s plan to detonate a “Dirty Bomb” will be viewed by Moscow as “Nuclear Terrorism.”

Permanent Representative Vassily Nebenzia penned a letter to the UN Secretary General, outlining Ukraine’s plan to detonate a radiological “dirty bomb” so as to create an excuse for NATO forces to enter the fight on the side of Ukraine. We have a portion of that letter, shown below.

In it, he states “The authorities in Kiev and their Western backers will bear full responsibility for all consequences of such irresponsible action” and goes on to bluntly warn “We will regard the use of the dirty bomb as an act of nuclear terrorism.”

Attention: The US is Facing The BIGGEST Threat Of The Century – War Is Just Around The Corner – We Only THOUGHT It Was Over When The Cold War Ended…

It should be pointed out to readers of this story that under Russia’s public nuclear doctrine, the Russian Federation makes clear the explosion of a dirty bomb is viewed as the equivalent to a first nuclear strike against Russia; they can and will respond to nuclear terrorism with the use of their own nuclear weapons.

Here is part of Nebenzia’s letter to the UN Secretary General: 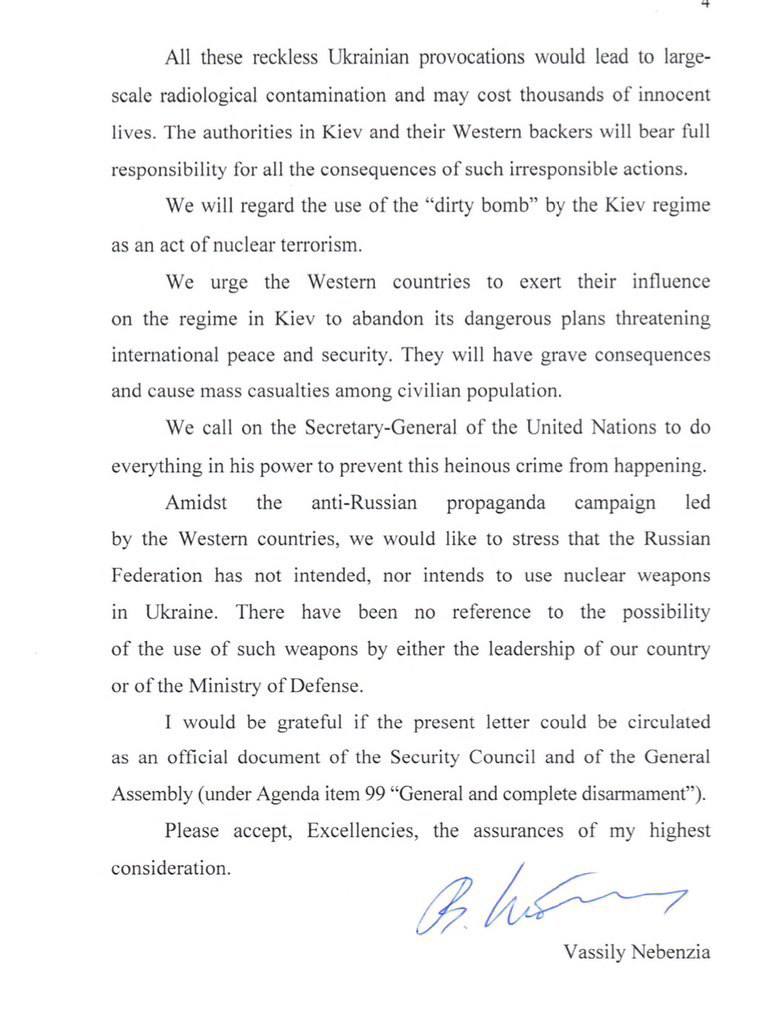 The Russian Defense Minister had four separate telephone conversations with his counterparts in the US, UK, France, and Turkey over the past few days, in which he alerted his counterparts that Russia has VERIFIED Intelligence that Ukraine is in the final stages of constructing a radiological “dirty Bomb.

Worse, he told his counterparts Ukraine also has military plans to bomb all six nuclear reactors at the Zaporoahye Nuclear Power plant to cause a massive radiation incident. In addition, that story reported the secretive head of Russia’s FSB, publicly warned that Kiev is planning to use a “dirty Bomb.”

WARNING: The US is Facing The BIGGEST Threat Of The Century. . . An Event That May Leave 290 Million Americans Dead in its Wake! Video below: 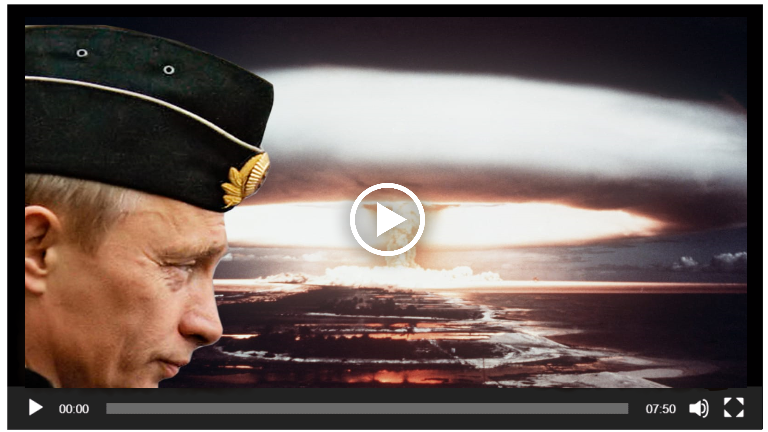 Ukraine knows from public statements, that NATO will deem any radiation incident inside Ukraine, which causes radiation to drift over NATO member countries, as an “attack.” NATO has already publicly made clear that if NATO member countries are doused with radiation from the Ukraine-Russia conflict, they will invoke Article 5 of the NATO Treaty, collective self-defense, and enter the fight on the side of Ukraine.

Russia has already made clear that if NATO declares Article 5 collective self defense against Russia, “it will be a war no one will win.” Readers intuitively know that the only war “no one will win” will be a nuclear war.

So at this stage, Russia is now shouting from the rooftops that Ukraine is preparing to use a dirty bomb. Russia will view it as an act of nuclear terrorism. NATO will enter the fray if radiation drifts over NATO countries, and if NATO enters the fray, Russia has made clear it will be a war no one will win.

The world is literally sitting on a precipice, overlooking an abyss: Nuclear War.

And if Ukraine does, in fact, detonate a radiation device, the escalations will happen so fast, almost none of us will have any warning that the nukes are launched. For most of us, the only information we’ll get is when we start seeing the brilliant, white, flashes that begin to vaporize us.